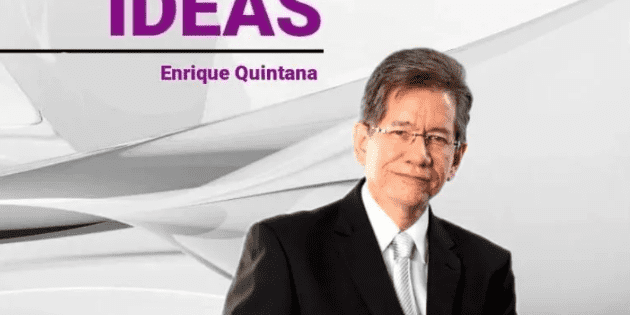 They joke that the US ambassador to Mexico, Ken Salazar, should already have an office at the National Palace because of his frequent attendance at meetings with the president and other officials.

He is more diligent than most foreign ministers.

Salazar lives a duality. On the other hand, they find themselves in a circumstance where many North American companies look at Mexico with interest and are finally considering investing in our country.

But, at the same time, companies in the United States are noticing with concern the deterioration of trust that has led to many companies using or going to use the Mexican judicial system or the legal tools of TMEC to file complaints against the actions and decisions of a Mexican state.

As if something was missing, Lopez Obrador’s government led a “rebellion” of Latin American governments that questioned the fact that not all the region’s heads of state were invited to the Summit of the Americas to be held in Los Angeles in June. Except for a few last-minute surprises, everything indicates that Lopez Obrador will not attend as it has been confirmed that neither Nicolas Maduro of Venezuela nor Daniel Ortega of Nicaragua have been invited.

Taking into account the eventual attendance, as well as the absences of Cuba, Nicaragua and Venezuela, it appears that those who will not attend in the end are Mexico, Honduras and Bolivia.

Other presidents who celebrated Mexico’s position indicated they would attend, such as Peru, Argentina and Chile.

Everything indicates that this meeting will not be a disaster, as some believe.

There is a debate in our country about what the consequences of the position that the government of López Obrador will take. Some believe that there will be no effect and that investment projects, immigration agreements and all other agreements will remain.

It is possible that nothing will happen formally and effectively. But I think the importance of the personal relationship of the Presidents that was built or strengthened in the framework of the Summit cannot be underestimated. And the highly likely Mexican government’s absence will be another factor keeping President Lopez Obrador away from Biden, for a position that ultimately received very limited support, because few presidents want to miss the opportunity to speak with their US counterparts. .

Of course, the US government is not going to blow up bridges with Mexico.

It won’t get that far.

The relationship will continue to be reasonably flexible and Ken Salazar will certainly remain a regular visitor to the National Palace. But I am convinced that with decisions such as AMLO’s absence from the summit, Salazar’s visits to the palace will have more to do with defending the interests of American companies in Mexico than with the possibility of attracting new investment.