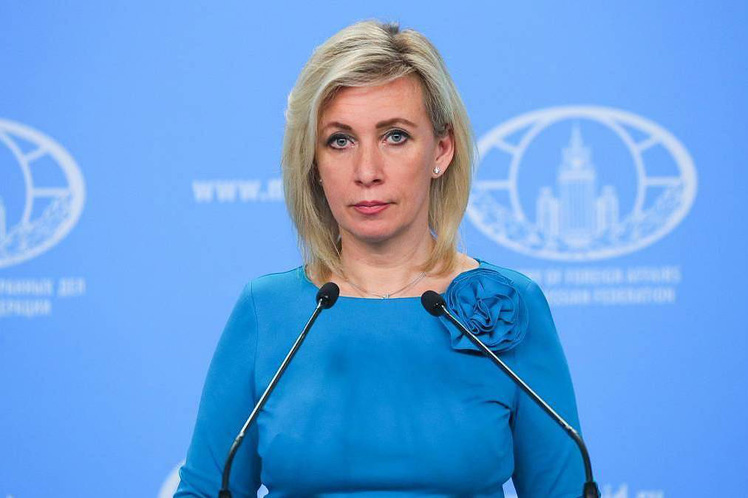 MOSCOW, June 12 (Prinsa Latina) Russia’s Foreign Ministry spokeswoman, Maria Zagarova, said today that her country is asking for answers from the United States about its military and biological actions in countries that were former Soviet republics.

“We expect you to provide not general information, but substantial explanations on specific issues raised by the Russian side regarding US military biological activities in the post-Soviet space,” the official told TASS news agency.

The representative of the local Foreign Ministry stressed Moscow’s call for Washington to adopt a positive and responsible approach to compliance with the Biological and Toxin Weapons Convention and the importance of cooperation in strengthening this mechanism.

According to Zakharova, the “extremely illogical position of the United States” regarding the legally binding protocols of the Biological and Toxin Weapons Convention needs to be reviewed through an effective verification mechanism.

The Russian Ministry of Defense asked the World Health Organization on May 27 to investigate the activities of US-funded Nigerian laboratories in the cities of Abuja, Zaria and Lagos.

The Director of the Radiological, Chemical and Biological Defense Forces of the Russian Armed Forces, Igor Kirillov, asked the United Nations to review the work of these centers and report the results to the international community.

He stressed that there is a precedent for many cases of violation of biosafety requirements by the United States and negligent storage of pathogenic biological materials, referring to recent accusations about the use of biological laboratories in Ukraine to develop chemical and biological weapons.

On May 3, the head of the Russian Investigative Committee, Alexander Bastrykin, stated that the funding of biological programs in Ukraine by the United States has exceeded $224 million since 2005.

The senior official indicated that this body is investigating a criminal case related to the development of biological weapons of mass destruction, with funding from the US Department of Defense and other organizations involved in that country.