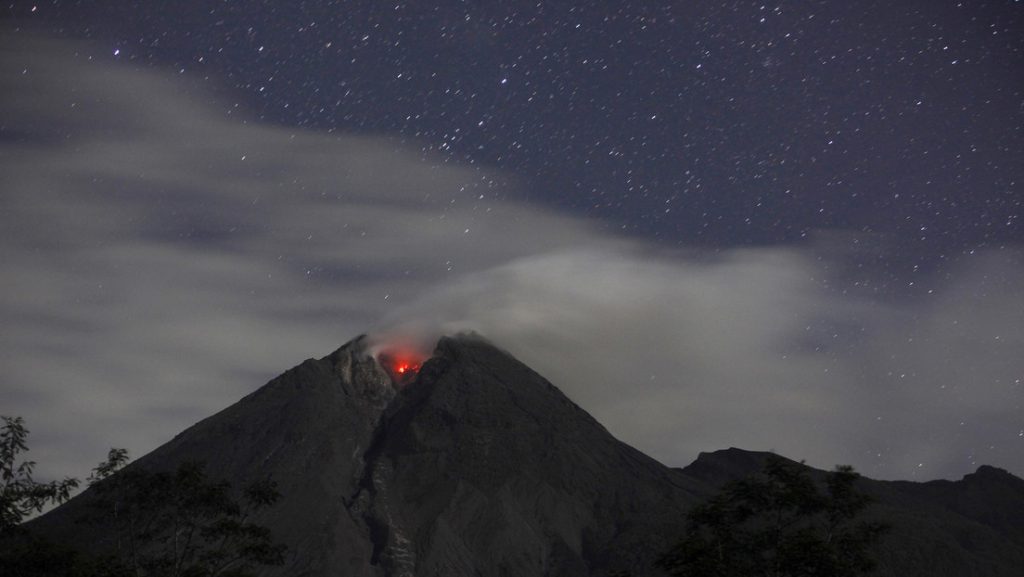 The light phenomenon on Mount Merapi was recorded by CCTV cameras and a local photographer who was in the area.

The moment when a meteor suddenly lit up the Indonesian sky over Merapi volcano, which is considered the most active in the archipelago, was captured this week and its photos spread to the web.

A video recorded by the CCTV appears on May 27th A bright flash penetrates the atmosphere It lands on the mountain before apparently crashing near the summit. Although these images are somewhat blurred, they are not the only evidence of this strange phenomenon.

A meteor was seen (in 21 seconds) from CCTV Megadata, at Merapi, located in Kalitengah Kidul. You want to try to check the cctv agung, so you know it can also be 👀 pic.twitter.com/twL5ECvP5F

Local photographer Gunartu Song, who over the past few months photographed the volcano on the island of Java, was in the area and managed to take some snapshots, which he later shared on his account Instagram.

The footage taken at night from the town of Batu Elian shows a slightly green light that appears to be falling directly into the crater. Suddenly a beam of bright light appeared As if falling from above on the top of the volcano Merapi. It was super bright and fast. This is a real photo. “I took a four-second exposure,” the man told local media.

In January of this year, the volcano released a large plume of ash and lava river That came down from its slope. It caused the last major volcanic eruption of Mount Merapi, at an altitude of 2,900 meters, in 2010 347 people were killed.