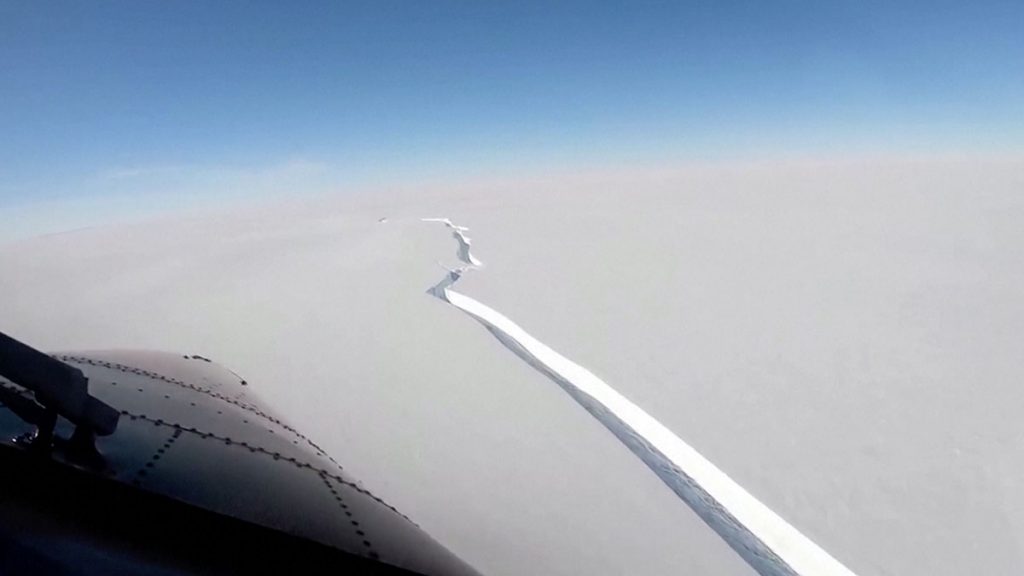 Pictures taken by the mission Copernicus Sentinel Revealed how a An iceberg called A-74 has an area of ​​1,270 km2, Much larger than Paris, It separated on February 26 this year from an ice shelf in Antarctica, called Brent.

These numbers are drawn from data from Sentinel -1 He revealed that the area north of the new rift is unstable, moving about 5 meters per day.

So it was later noticed that the latest crack Expanded before it was freed from the rest of the ice shelf.

The experts were closely watching the cracks and crevasses It was formed on the Brant Ice Shelf 150 meters thick, During these past years.

For this reason, this last crack has been closely monitored by satellite imagery and The ice shelf was cracking rapidly.

Mark Drinkwater of the European Space Agency (ESA) said, “No. The birth of a new iceberg a few weeks ago“.

“Watching these distant events is still captivating,” pointed out.

He also said that over the next several weeks and months, the iceberg could wash away The fast coastal current It flows to the southwest.

Therefore, he stated that they will continue to carefully monitor the situation using the data provided by The Copernicus Sentinel-1 mission.

For this part, Jane Francis, From the British Antarctic Survey (BAS), said the iceberg could drift away and stay close in the coming weeks or months.

Our teams have been preparing for years to break the Brent Ice Shelf.As he claimed.

Officially this glacier has no name; However, he was summoned Unofficially A-74 With the Antarctic tire in which it was found.

See also  How much money does a NASA astronaut make?

This iceberg is large, but it does not reach the so-called A-68A, which fell from the Larsen C ice shelf in July 2017, It is located in the Weddell Sea.