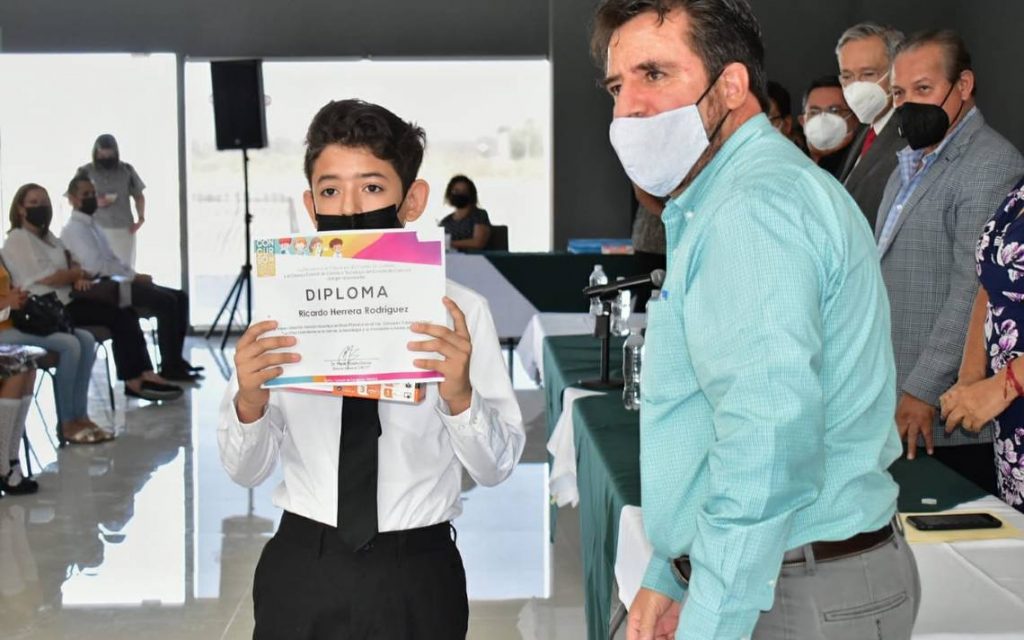 Torreon, Coahuila. The creativity they showed in realizing pictures referring to a variety of scientific topics and indicating technological development by six primary and secondary students who turned out to be the winners of the first competition on the topic were widely recognized. Coahuila.

These are the winners of the first state children’s drawing competition “Coahuilense Childhood in Science, Technology and Innovation,” who received their awards and certificates Monday.

The award ceremony was held in the facilities of the Torreon Convention Center, and was chaired by the authorities led by the Minister of Education of Coahuila, Higenio Gonzalez Calderón and Director General of the State Council for Science and Technology (COECYT), Mario Valdes Garza.

As reported, the aim of the competition was to include Coahuila’s children’s vision of science, technology and innovation through artistic expression of painting, as part of COECYT’s 25th anniversary celebrations. For this, students from the fourth to sixth grade of primary school, as well as from the three secondary levels, participated.

Each of the authors of the six winning drawings in both competition categories received a medal, a diploma, and an award made up of an iPad, plus their work is part of the memories that will be inscribed in the State Foundation’s 25th Anniversary Memorial Book.

It should be noted that the winners in the primary education category are Samantha Sayuri Castillo Jacciola, Daniela Mora-Padilla and Briana Benelli Mejia Lozano, all from Alfonso Rodriguez School, while in secondary school the victory was for works carried out by Carolina Chavez Martinez from “Elise Mendoza Berrueto” School, and Blanca Lucia García Guzmán from Oscar Flores Tapia School and Ana Georgina Martinez Valdez from Maker School.

See also  Science says funny people are smarter than anyone else