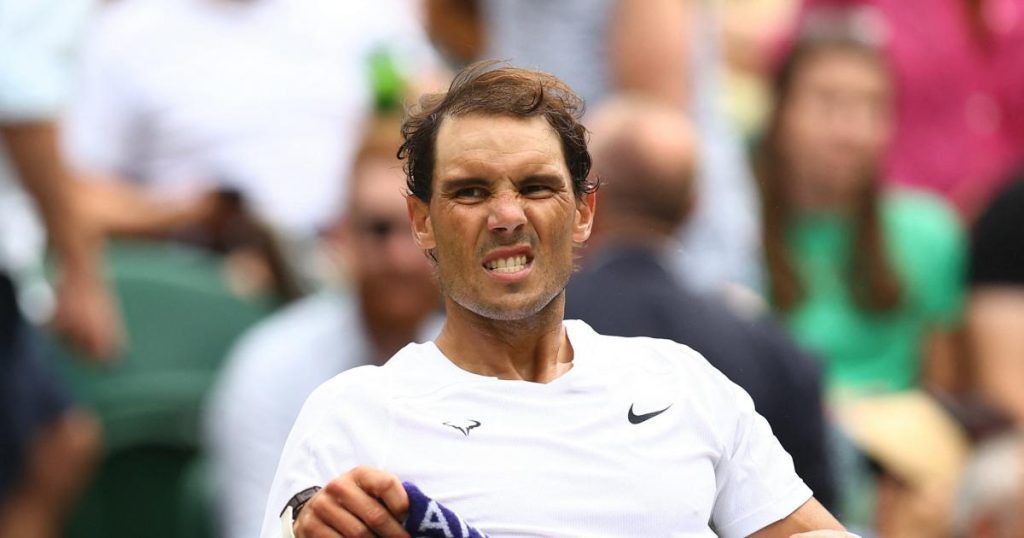 When it comes to talking about Rafa Nadal, all the praise is low. What happened on Wednesday in Wimbledon (United kingdom) In the match against Taylor Fritzwho defeated him despite being injured in a long match, gives an idea of ​​the enormous dimension of the Spanish tennis player.

for Peter ManonelExcellence Sports Medicine SpecialistNadal’s pain tolerance is “hats off”. “He has a lot of merit and he didn’t last a little while playing but four and a half hours on the track,” he recalls.

Although it is not clear what exactly he suffers from, the injury is located in Right abdominal areaWhich in the early days of the British Championship decided to protect it with kinetic straps. Manelis, board member of the Spanish Society of Sports Medicine (of which he was also president) speaks three possibilities, Warning that hypotheses are “high risk”. a Contracture-type muscle injury, abdominal or inguinal hernia, or fibrous tear.

Of the three, the Aragonese doctor chooses the first as the option with the greatest possibilities. “I think it was a transient cramp-type episode, which You will not leave sequels because they will last a long time in the game. It is very painful, but it may allow you to continue exercising. And I don’t think it’s a broken rib because the bandage is in the lower abdomen. The area where the bandage is too far from the last ribs.”

Manonelles points out that these are painful lesions for her Risks If you compete with them. “It depends on the injury; if it has a muscle, it should break a little more; if it has a hernia, it should open a little more,” he explains. Also, remember that Athletes often do not play “in the most appropriate conditions for various reasons.”. “But competition is the day it’s your turn, not when you want to. It’s risky, but sport and competition is what it is,” he says.

“Despite his injury, he will try to play against Kyrgios on Friday, unless he has a very important injury preventing him.”

As for the Friday gameAgainst Australian Nick Kyrgios, Aragon’s doctor is convinced that Rafa Nadal will try to play the match despite his injury. “He will do everything in his power to keep competing. And I know that this guy, with the strength he has, if he retires it will be because it is really impossible to keep going. Even if he is injured, he will go to try unless he has a serious injury, it is important that you prevent that. My humble opinion is that he will play on Friday; He’ll go out to play, then we’ll see“, Believes.