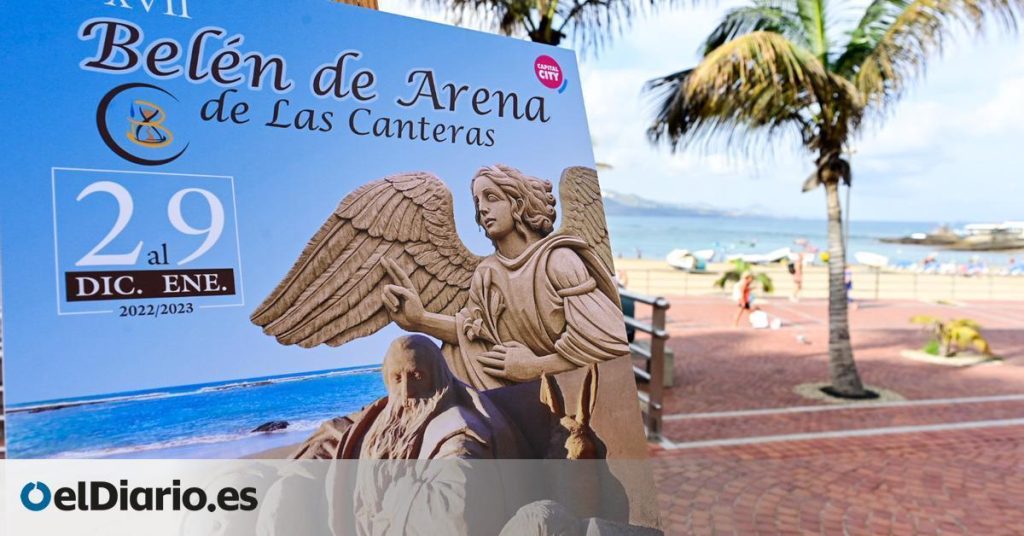 This art resource, the most visited at Christmas on the island of Gran Canaria, will be designed by nine artists from the Canary Islands, the United States, Canada, Ukraine, Latvia, Ireland and Russia.

Next Monday, 14 in the La Puntilla area on the Las Canteras beach, fencing, air conditioning and sand movement work will begin before the construction of Bethlehem, according to what the organization reported in a statement.

The first step will be to collect the sand that the carvers will turn into a unique Christmas picnic.

For the first time there is a Ukrainian artist, Oleksiy Poda, who will be sharing an art space with Russian sand artist, Aleksei Schitov, who is already a regular at the Belén de Arena.

Sue McGraw and Gresham Glover from the United States; Karen Fralich and Guy Olivier from Canada; Sanita Ravina from Latvia; Fergus Mulvaney, from Ireland, and Bentegui Ojeda, from the Canary Islands have completed the technical team for the 17th edition of this resource, which is unique for its uniqueness and impact.

The sand birth scene will represent nine Christmas scenes, one of its arguments being the fishing trade as a sign of effort and joint work.

In addition, there will be a reproduction of works by Canarian artists, a group portrait of sculptor Felix Reyes and Lavanderas of traditional artist Pedro de Guizala.

Bethlehem will see the usual traditional Christmas scenes, including the nativity, the proclaimed angel, the shepherds, the Magi, the moat, and the fountain.

As tourism consultant Pedro Quevedo noted, this Bethlehem has spent 17 years “proving its attractiveness from an artistic and tourist point of view, but also from a social point of view”.

He noted again this year that “donations that can be made electronically and in cash from visitors will go to the soup kitchens of Las Palmas de Gran Canaria.”