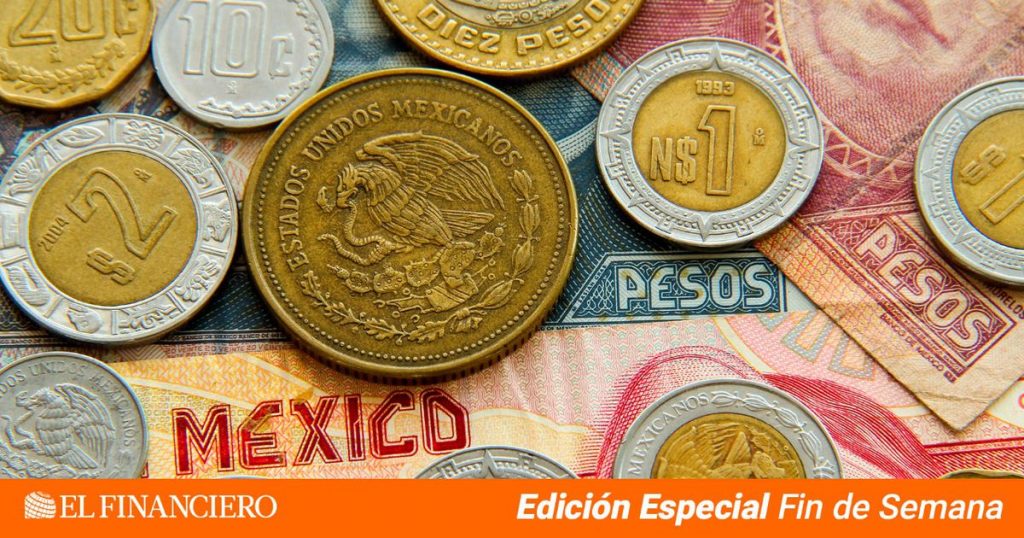 In times of heightened uncertainty regarding the deterioration of the institutional framework and the rule of law in Mexico due to factors of concern, the week ended with positive news about the economic recovery and credit rating process.

Moody’s upheld the Baa1 rating of Mexico’s sovereign debt without modifying the negative outlook, reducing the likelihood that the country could lose its investment grade in the short term.

Despite signs of improvement, there are a number of risks in the outlook that continue to pose significant economic challenges.

The good: With the release of INEGI’s estimates very early yesterday, gross domestic product for the January-March period recorded surprising quarterly growth of 0.4 percent, which beat analysts’ expectations who had anticipated an economic recession.

The day before, it was known that, in equivalent numbers, the US had grown 1.6 percent in the same period. In other words, Mexico advanced a quarter of what its main trading partner grew.

Economic activity continued to recover, albeit at a much more moderate pace than the previous two quarters.

In the first quarter of the year, activity in the primary sector (agriculture) registered a decrease of 1.3 percent compared to the previous period.

The secondary sector, which includes the industrial activities together, showed zero growth compared to the previous quarter.

For its part, the services sector (trade and services) rebounded by 0.7 percent compared to the previous three months.

From the above, it can be concluded that the most important contribution to the quarterly GDP growth was from trade and services.

In fact, as Invex’s chief economist, Ricardo Aguilar, said the three activities saved the economy from a total recession in the first quarter of 2021.

Another reading of the appropriate numbers tells us that the weakness observed in January and February was reversed in March, when the Global Index of Economic Activity, a rough measure of monthly GDP, contracted by 0.1 and 0.3 percent, respectively.

According to Jonathan Heath, deputy governor of the Bank of Mexico, if there had been no change in the monthly IGAE rates for January and February, economic activity would have grown by roughly 2% in March.

It should be noted that consumption and services were reactivated once the restrictions on movement were eased, which were imposed in some state entities with the worsening of the epidemic at the beginning of the year.

bad: Although the Mexican economy continues to recover gradually, it is still lagging behind pre-epidemic levels.

Julio Santaila, president of INEGI, said yesterday that the second wave of the Coronavirus has slowed the economic recovery during the first three months of the year and left GDP at a level similar to that of the second quarter of 2016.

It is estimated that the recovery phase could last for another two or three years, or even more than a decade if we take into account per capita GDP.

Janneth Quiroz, Monex’s deputy director of economic analysis, believes that if the recovery maintains the dynamics of the January-March period, it will continue until the fourth quarter of 2023 when the economy reaches the size it was before the pandemic.

Gabriella Seeler, Director of Economic and Financial Analysis at Banco Base, expects a full recovery of GDP through 2024 and in terms of per capita terms, through 2034.

It is impossible to restore pre-pandemic levels by the middle of the year, as President Lopez Obrador stressed yesterday.

The ugly: During the week, attacks and interrogations of independent bodies by the executive branch continued, proposing administrative reform to eliminate them and transfer their duties to state secretariats.

The danger is that, by taking this retrogressive step, the technical and specialized meaning of the decisions of these organizations will be removed and converted into political judgments, without taking into account the regulation.

AMLO President has ways to influence public policy direction through appointments of governing body members, which should be people of high technical standing approved by legislative bodies.

This is always better than introducing into the legal framework procedures that clearly conflict with the constitutional order.