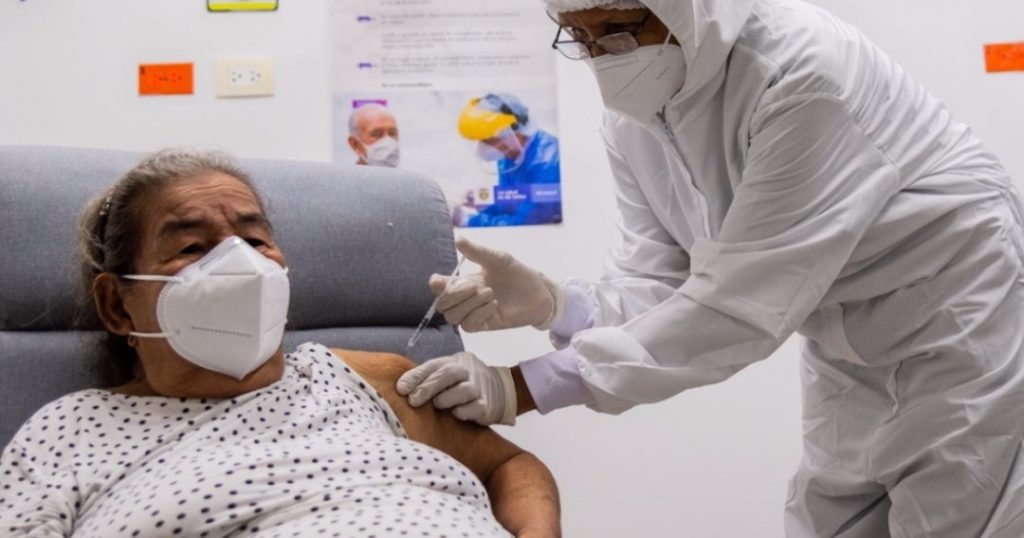 According to the international portal Time to Herd, which uses information from Our World in Data, A. Colombia needs 695 days, or 23.1 months or 1.9 years, to achieve herd immunity against COVID-19, taking into account the current vaccination rate.

According to the latest report issued by the Ministry of Health, 4,224,659 doses have been applied in the country, of which 1,320,251 are second doses. Likewise, according to Victor Muñoz, Director of the Administrative Department of the Presidency of the Republic, on April 25, 912,000 doses of AstraZeneca will arrive; On April 27, one million doses of the Chinese pharmaceutical company Sinovac will arrive, and on April 28, 540,000 doses of Pfizer will arrive for a total of 2.45 million.

The data from Colombia differs greatly from those countries that top the list, such as the United Arab Emirates, which takes the first place and requires only 40 days, with 51.92% of its population already vaccinated.; Cayman Islands, after 43 days with 51.48% immunization; Bermuda Islands in 48 days at 42.02%; Bahrain 60 days after immunization 36.63%; The Maldives closed the top five, after 62 days of immunization with 32.35%.

They follow in the top 10 of Malta in 74 days, Andorra at 78 days, the United States at 81 days and the share of Latin America was determined by Uruguay at 84 days from the target with 22.01% of its population vaccinated and Chile in 90 days to be vaccinated. 36.63% of its population.

The calculation is made with the percentage of the population currently vaccinated and the average number of immunized daily according to the total; Taking into account vaccines that require two doses to be 100% effective. Likewise, the herd immunity threshold, according to experts, ranges from 70% to 85% of the population.

Countries of the region

Uruguay tops the list of LATAM, followed by Chile, both of which are among the ten countries closest to immunization. The Dominican Republic lasts 324 days, just under a year since 6.96% of the population was vaccinated; Costa Rica in 346 days, 4.68% less than a year after vaccination; Mexico is 1.2 years old with 6.13% of the population.

However, to better understand the data, the size of the leading countries and the total population must also be taken into account. In the case of the United Arab Emirates, it has a population of 10.7 million, while in the United States, just over 328 million people are listed as of 2021.