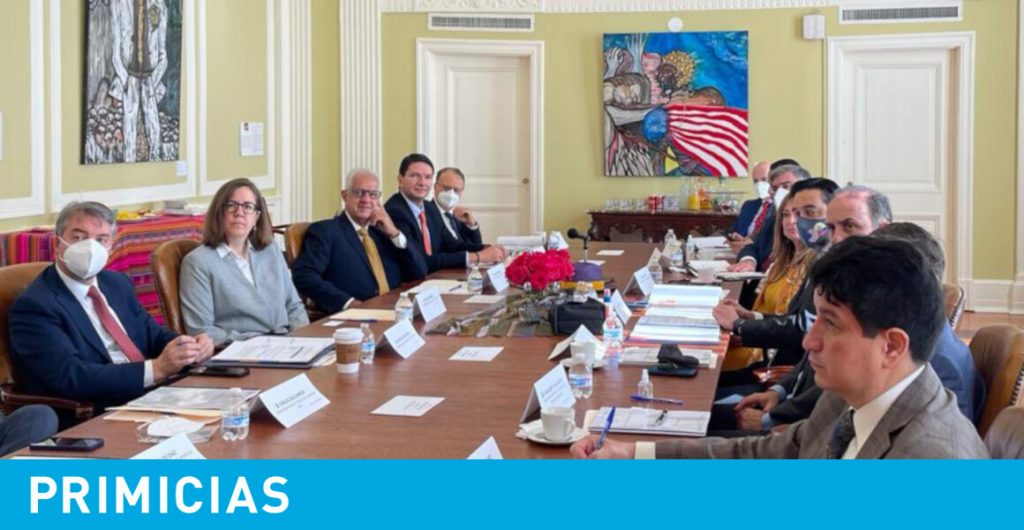 Government representatives and a delegation of Ecuadorean businessmen visited the United States this week for meetings with authorities from that country, with the aim of finalizing a comprehensive trade agreement. PRIMICIAS spoke with Richard Salazar, President of the Banana Marketing and Export Association (Acorbanec).

The delegation is promoting the second phase of a trade agreement with the United States, Ecuador’s main trading partner.

Richard Salazar evaluated the meetings and said that The private sector in both countries is putting pressure on governments To finalize a business agreement.

What are the main topics discussed at meetings in the United States?

First, the country has to achieve, one way or another, the signing of the trade agreement with the United States as the main trading partner.

There are many aspects discussed that, specifically, could be improved with the US, such as competitiveness and modernization. This requires joint action between the public and private sectors.

Moreover, the reason for the visit was to meet with representatives of the private sector from the United States, who are interested in doing business in Ecuador.

Can the private sector in both countries pressure governments to sign a trade agreement?

That’s how it is. In this scenario of trade negotiations, the private sector in both countries pressure their governments to sign the trade agreement.

For this reason, the strategy of the private sector in Ecuador has been to meet during this week with associations, with industrialists from the sectors of livestock, confectionery and technology, above all.

We meet with American companies that can help us with implementation Pressure (People who work to put pressure on political and public administration decisions). The idea is to knock on the doors of politicians, members of Congress and senators so that they can manage approval of the trade agreement.

We also met with representatives of the Inter-American Development Bank (IDB) to search for financing lines for infrastructure development.

In addition, we have had meetings with the US Department of Commerce and it has been proven that there are harassment in Ecuador hindering the agreement with the United States.

What troublesome issues does the state have to solve?

Above all, the obstacles that exist in Ecuadorean laws to implement Bilateral Investment Treaties (BIT) and obstacles to the import of products. There are also complaints about the size of the procedures followed for import and export.

What is the balance of meetings in the United States?

The encounters were very positive, but we must not relax and must push for the agreement to be finalized, although we do not know how long that will take. The signing of the agreement will depend on the political moment in which both countries are living.