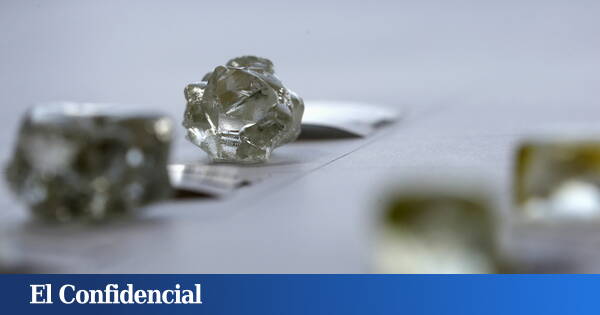 A group of Chinese researchers managed to develop a new crystal that they claimed to exist The toughest and most resistant of all known so far. This carbon-containing material also has light-absorbing and semiconductor properties similar to the silicon used in photovoltaics today.

The discovery was recently published in the journal National Science Review by researchers from Yanshan University in China, although it has also collaborated with researchers from Sweden, the United States, Germany and Russia.

According to the study, this new compound, currently named AM-III, is the hardest and most resistant amorphous material known to date. This carbon crystal is able to scratch diamonds and neutralize its resistance.

The researchers tested different arrangements of the material using fullerenes.They are particles of carbon that are shaped like a sphere. The fact that it is an amorphous substance, that is, it does not have an ordered structure of atoms, is what gives it its amazing properties. AM-III, unlike diamond that has an organized internal structure, combines patterns of specific atoms with other chaotic atoms.

In their study, the researchers say that AM-III is not a piece of glass, but rather a glass with crystals inside. Under the microscope, the structure of the substance appears arranged as in ordinary crystals. But zooming out a bit reveals a mess researchers liken when seeing a pile of frozen worms on a plate.

It’s this combination of order and disorder that makes this material reach 113 gigapascals, the researchers say. of hardness in the Vickers hardness test. In the researchers’ measurements, natural diamonds have reached a hardness of between 62 and 56 GPa, and synthetic diamonds are 103.

To achieve the most efficient arrangement of the molecules — which would give a solid, but not impede the semiconductor or destroy the material’s other properties — the researchers first mixed and milled the fullerenes. Then, in an experimental room, they combined the application of heat gradually over twelve hours at a pressure of about 25 GPa and 1,200 °C, with cooling periods of another 12 hours.

The team also verified that AM-III is a semiconductor with an energy gap of 1.5 to 2.2 MeV, This makes them as effective as silicon, which is the material commonly used to build solar panels today. This means that it can be used both in this type of panel and in other photovoltaic devices that are exposed to extreme conditions of temperature and pressure.

“The emergence of this type of highly rigid and extremely strong semiconductor AM carbon material provides excellent options for more demanding practical applications and requires further experimental and theoretical exploration of AM carbon compounds,” the researchers say.