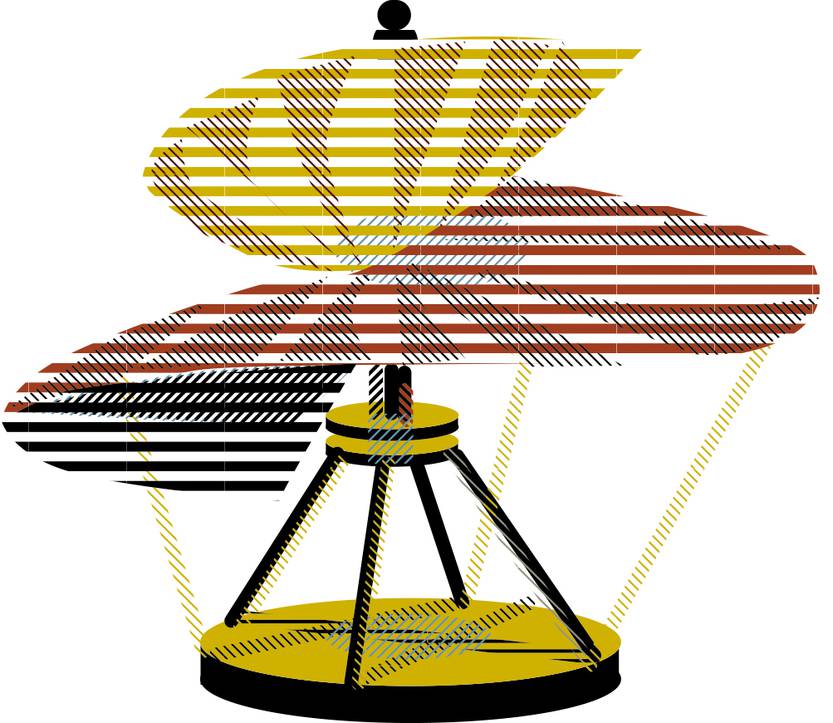 Diversity as a problem

As Cambridge University professor Diane Coyle warned, “You cannot do well in the social sciences while being unrepresentative of society.” Although it was referring to the powerlessness of women in the world of academic economics, the statement carries a broader meaning. But we go in parts.

Claudia Goldin, the famous Harvard professor who promoted a particular program to encourage women’s specialization in the field, called this “demographic economics,” which has to do with the way economists “born” when they start college students, how they become graduate students and how they go on Later in one or another area of ​​the discipline.

A notable feature of this demography is the high female ‘mortality’, which manifests itself early in this unique life cycle. There are two men to each female physician, three men to each assistant professor and associate professor, and six men to each professor. The proportion of females among permanent professors has doubled in the past 20 years (from 6% to 14%), but for university students, the proportion of men and women has not changed much” (two-thirds, one-third).

This is problematic from different points of view and for multiple reasons. “One reason is that economists and economists seem to have different interests, as evidenced by their areas of expertise.” According to her research, women have leaned more towards areas such as work, education, health, and industrial organization, and to a lesser extent towards macroeconomics, econometrics, and finance.

For this reason, the “knowledge creation” and the “world of ideas” will be very different with fewer women. How will these fields develop in his absence? How much more would they have evolved if the female mortality rate had not been so high? What other areas could have developed in the absence of this historical contrast? We do not know.

But the representation problem does not end there, as Turkish economist Dani Rodrik recently warned. According to him, “Although economists are finally addressing the racial and gender imbalances within the profession, there is another major source of knowledge and insight that remains absent from the discussion: the lack of voices outside North America and Europe.”

It also highlights the importance of Albert Hirschman’s experience in Nigeria in studying the monopoly of public transport, which was the nucleus of his “enormous and influential” book. Exit, voice and loyalty, published in 1970. While Hirschmann did not win the Nobel Prize, they say he deserves it more than he does.

These stories, according to Rodrik, “attest to the value of being able to see the world in all its diversity,” because “social sciences enrich when the knowledge received encounters abnormal behavior or results in unfamiliar environments, and when it diversifies local conditions.”

However, this is not something that happens frequently. According to the latest research, about 90% of the authors who have published in the top eight academic journals are based in the United States and Europe.

Given that these countries account for only a third of global GDP, “the heavy concentration cannot be fully explained by insufficient resources or by less investment in education and training in the rest of the world, although these factors certainly play a role.”

By way of illustration, Rodrik draws attention to the state of Southeast Asia. Although it also generates a third of global production, its economists contribute less than 5% to the body of articles published in major peer-reviewed journals.

What happens next? that having access to the right networks is key to “the generation and dissemination of knowledge” and that the interest an investigation can arouse critically depends on whether “the author has gone to the right schools, met the right people, and traveled through the right circuit.”

It is true that “economics is becoming international” and that professionals born in emerging and developing countries represent an increasing proportion within economics departments and research networks in the United States and Europe. However, it is also true that this is no substitute for ‘local knowledge and insight’ and that foreign-born economists end up being swept into an ‘intellectual environment dominated by the problems and fears of rich countries’.

The Stiglitz and Hirschman experiments are exceptions, accidents with limited reproducibility. And while the economy is currently going through a period of conscientiousness regarding racial and gender imbalances, geographic diversity remains out of the question. In this way, “the economy will not be a true world system until we address this deficit as well.”

And if it fails to become a truly global, diverse, and inclusive system, there is little it can do to meet the daunting challenges that the pandemic will bring. Ultimately, the pandemic emphasizes the political problem of humanity to the fullest extent, which according to John Maynard Keynes consists of the combination of three principles: economic efficiency, social justice, and individual freedom.

Plus, we’re still not clear about what this legacy actually is, because things will seem like a long time ago. As Michael Spence, who shared the 2001 Nobel Prize for Stiglitz, noted this week, the world today looks very different than it did three months ago, when “the global economy looked like it was on the path to a relatively strong recovery.”

The delta variant is spreading rapidly and the “vaccine supply chain is failing,” mainly because developed countries have contracts to buy more doses than they need. This leads to a lengthening of the tail and a deepening of vulnerabilities in emerging and developing countries, which, starting with the most fragile situations, have had a lower profile to soften the blows.

And this isn’t the only series that fails. “Global supply chains have been disrupted more than originally thought. It is clear today that the shortages that have resulted will not go away any time soon.” Moreover, these adjustments “are not yet fully understood and may be difficult to reverse.” But this Not everything.If history is any lesson, the pandemic’s hangover can last for years, casting “a long shadow of social instability.”

In short, overcoming this atypical incident, which has raised questions about many paradigms and preconceptions of the system, requires a great deal of creativity and innovation; It will be necessary to “think outside the box,” as some say. Increasing the breadth of opinions, and incorporating as many points of view as possible, can contribute to such effects.

The problem is that it is not only the pandemic and its disruptions that are challenging the future, but the coupling of other transformations that precede and fuel them. Before we heard about the coronavirus, the world was already going through the Fourth Industrial Revolution, a profound structural change that, through thick and thin, affects the organization of the economic, social and political system.

At the same time, the advance of globalization in recent decades has led to increasing tensions between winners and losers in the process. These tensions made political and economic leadership difficult and had important social implications. The benefits of global integration were not spread evenly, this generated resentment fueled by two major crises and cleverly benefited a certain class of political leaders.

Populist, nationalist, polarizing, and protectionist upsurges are all children of this phenomenon. And as if that weren’t enough, as a backdrop, the dominant conflict between East and West continues to escalate. The world is bipolar and conflict hardly improves things.

As Enrique Iglesias warned a month ago: “The world of the future will not be more free, like the world we want. I am a little concerned about the conflict between the great powers and it is very likely that this model will have to be defended a little in the future, because the world will intervene more through these conflicts. If they are not truly settled around a negotiating table, the next world may be even more closed.

Closer, less cooperative, and warmer, too. According to Spence, “The most striking finding in the past three months has been the dramatic increase in the frequency, intensity, and scope of global severe weather.” At the beginning of August, the Intergovernmental Panel of Experts on Climate Change published its latest report, which has been defined as a “red code for humanity”; “The warnings are deafening and the evidence is incontrovertible.”

Marcelo Cavira had warned of this last week on his Twitter account: “The global temperature of the Earth in July 2021 was the highest recorded in any month in the past 142 years.”

He noted that there are “record temperatures in British Columbia, floods in Germany, Belgium, China, Nigeria, Pakistan, Bangladesh, fires in Turkey, Greece, Cyprus, Siberia, longer-than-normal heat waves in Israel, snow in Brazil … Perhaps, for the first time, if we look at the planet as a whole, the number of extreme events seems to begin to defeat the (real) argument that an event does not show climate change. The new normal is not just about the coronavirus.”

Addressing any of these phenomena alone is a daunting challenge. Taken together, because they occur together, it is difficult to find suitable qualifications to measure the scale of the problem. We are facing a collision of structural changes with the possibility of defining an era.

Dealing with an era of change is one thing, dealing with a changing era is another. To deal with the changing of the times, I suppose it is bold, and it is necessary to rethink capabilities, redesign tools, and why not, rethink some of the basic questions we ask ourselves of discipline as a guiding principle for action. In the end, it takes shuffling and giving again, but adding more cards to the deck.

Hence the importance of promoting a broader and more diverse disciplinary approach that incorporates views that have historically been omitted or marginalized.

See also  Spain was the OECD member country where consumption fell the most due to the pandemic. Economy