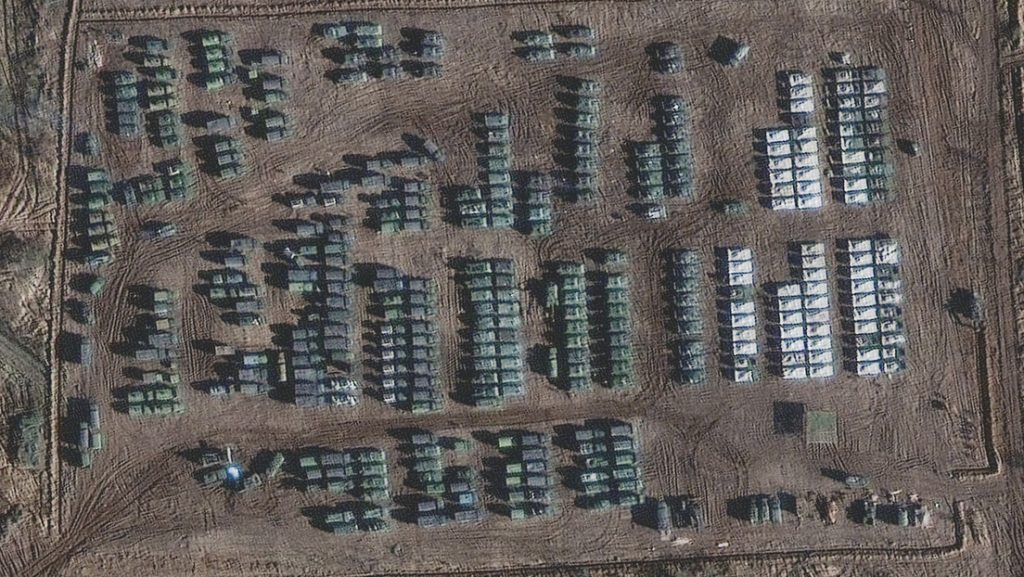 Politico wrote that the Russian army and “armored units, tanks and self-propelled artillery” were deployed near the city of Yelnia, more than 200 km from the border with Ukraine.

Russian presidential spokesman Dmitry Peskov called the publication of the US newspaper Politico a “hoax” about the alleged meeting of the Russian military machine near its border with Ukraine.

“It’s not even worth commenting on the quality of these postsIn general, they do not deserve attention, ”said the spokesman, adding that the article talks about the border with Ukraine, but they “show the border with Belarus.” He stressed wasting time in familiarizing with such lousy hoaxes. .

In this context, Peskov stressed that the transportation of military equipment through the territory of the country is “exclusively our business.” “Russia has never threatened anyone and does not threaten and Not dangerous to anyone‘, repeat.

Politico general In an article on Monday, referring to satellite imagery taken by Maxar Technologies, he asserts that Russia is amassing its forces and military equipment on the border with Ukraine. According to the publication, the Russian army, as well as “armored units, tanks and self-propelled artillery” were deployed near the city of Yelnia in the Russian province of Smolensk, which It is located more than 200 km from the Ukrainian border. Among the deployed units are the troops of the 1st Guards Tank Army, as stated in the text.

See also  Russia and Ukraine: 3 main ways Moscow can use if Putin decides to invade

Likewise, Politico cited an analysis of the British military publication Jane, which indicated that the team of the 4th Russian Tank Division had been displaced to the region, near the cities of Kursk and Bryansk, close to Russia’s borders. Ukraine. The article stated that elements of the 1st Guards Tank Army are also present in the area.

Jane stated that publishing “is a clear sign Deviation from the standard training pattern From the 1st Guards Tank Army ”, which usually takes place near Moscow.

Ukraine does not record the transfer of Russian troops

At the same time, they indicated from Kiev that they did not register any further deployment of troops or military equipment from Russia near its borders.

They noted from the Ministry of Defense of Ukraine, referring to data from the Russian Intelligence Service, that “until November 1, 2021, there was no further transfer of Russian units, weapons and military equipment to the state border with Ukraine.”

For his part, the Minister of National Defense and Security Council of Ukraine, Alexei Danilov, stressed that the publication “does not correspond to reality.” “We are monitoring all these processes, It’s misinformation It was not clear to us why they did this.”