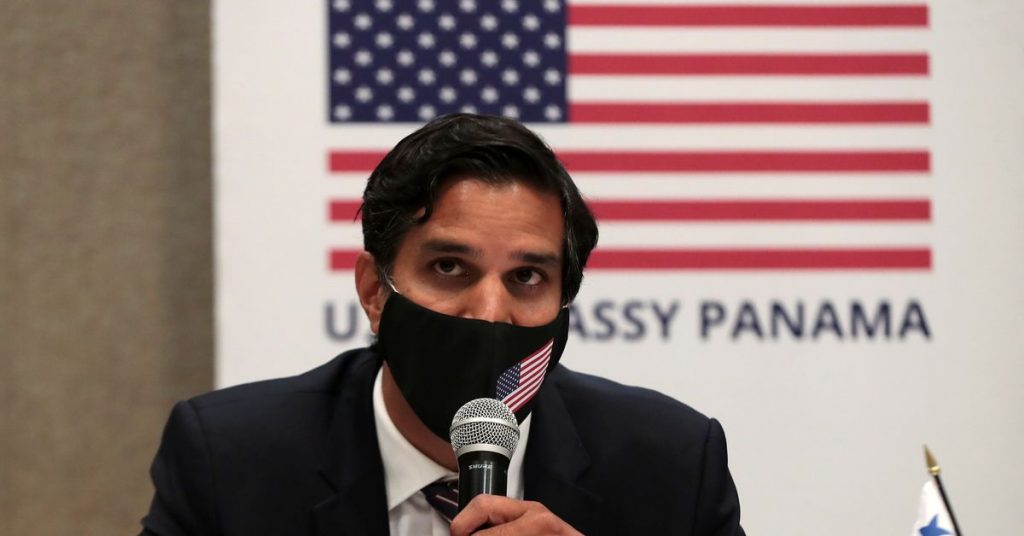 WASHINGTON (Reuters) – The United States plans to invest in five to 10 major infrastructure projects around the world in January as part of a larger group of seven plans to counter China’s Belt and Road Initiative, a senior U.S. official said on Monday. . .

Officials meet with government and private sector leaders as they search for projects funded under the “Building a Better World” (B3W) initiative launched by the wealthy G7 democracies in June. The official said the plans might be finalized during the G7 meeting in December.

The official said that a delegation from the United States visited Ecuador, Panama and Colombia during a similar tour in early October, while another delegation is scheduled to visit Asia later this year, without mentioning any specific Asian country.

“The initiative seeks to identify the initial projects that can be launched early next year,” the official said.

Biden sought to push the initiative forward during a meeting with European Commission President Ursula van der Leyen, British Prime Minister Boris Johnson and other G7 partners on the sidelines of the UN climate conference COP26.

The executive said that senior officials in Senegal and Ghana welcomed the US assertion that the US, unlike China, the world’s largest debtor, would not need undisclosed contracts or guarantees.

Asked about the project during a regular press briefing on Tuesday, Chinese Foreign Ministry spokesman Wang Wenbin said there was a “huge space” for infrastructure cooperation.

“Different initiatives do not complement or replace each other,” Wang told reporters.

“The world needs bridge-building efforts… We need to improve connectivity, not disconnect.”