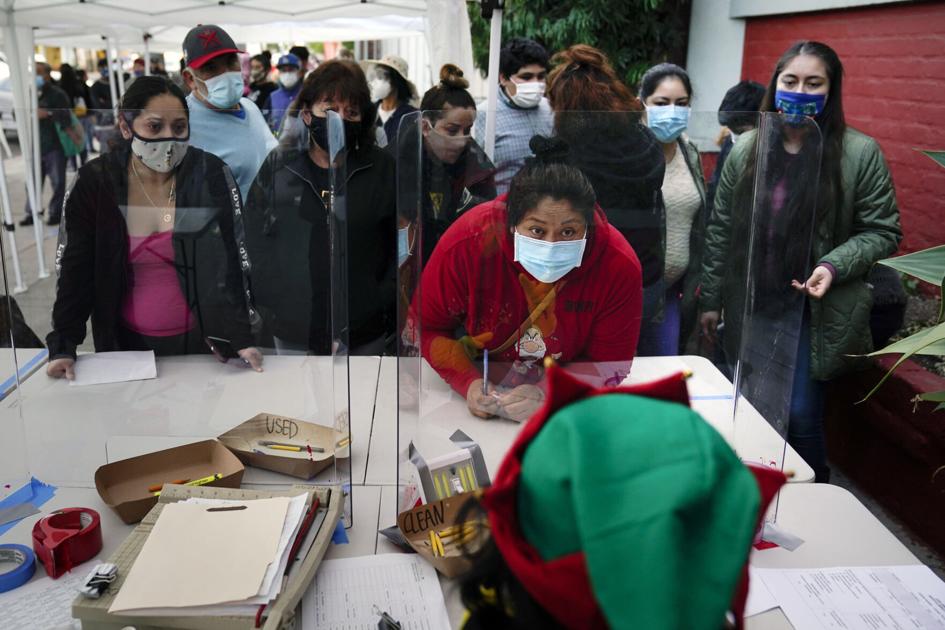 Washington – The US economy grew at an annual rate of 4% in the last three months of 2020, but fell into the clutches of a viral pandemic, and contracted by 3.5% over the past year, the highest rate in 74 years.

For 2020 as a whole, the year in which the coronavirus caused the worst economic freeze since the end of World War Two, the economic downturn cast a shadow over the outlook for this year. The economic damage followed the outbreak of the epidemic 10 months ago and its deep recession, with tens of millions of Americans unemployed.

In a report released Thursday, the Commerce Department calculated that the country’s gross domestic product – its total production of goods and services – slowed sharply in the October-December quarter compared to a record high of 33.4% in the July-September quarter. The gains came after a record annual decline of 33.4% during the quarter from April to June, when the economy declined sharply.

The pandemic’s blow to the economy early last spring ended the longest recorded economic expansion in the United States, in nearly 11 years. Damage from the virus caused GDP to contract at an annual rate of 5% in the January-March quarter of last year. Since then, thousands of companies have closed, nearly 10 million people are still unemployed, and more than 425,000 Americans have died from the virus.

The government report showed that consumer spending, which makes up about 70% of the economy, slowed significantly in the last quarter to annual gains of 2.5% compared to a 41% increase in the July-September quarter, when the economy showed a strong initial recovery.

Instead, the fourth-quarter economy was driven in part by commercial and housing investment, which have performed excellently over the past year, reflecting record mortgage rates and the demand for more home space. During the last quarter, housing grew at an annual rate of 33.5% and business investment at a rate of 13.8%.