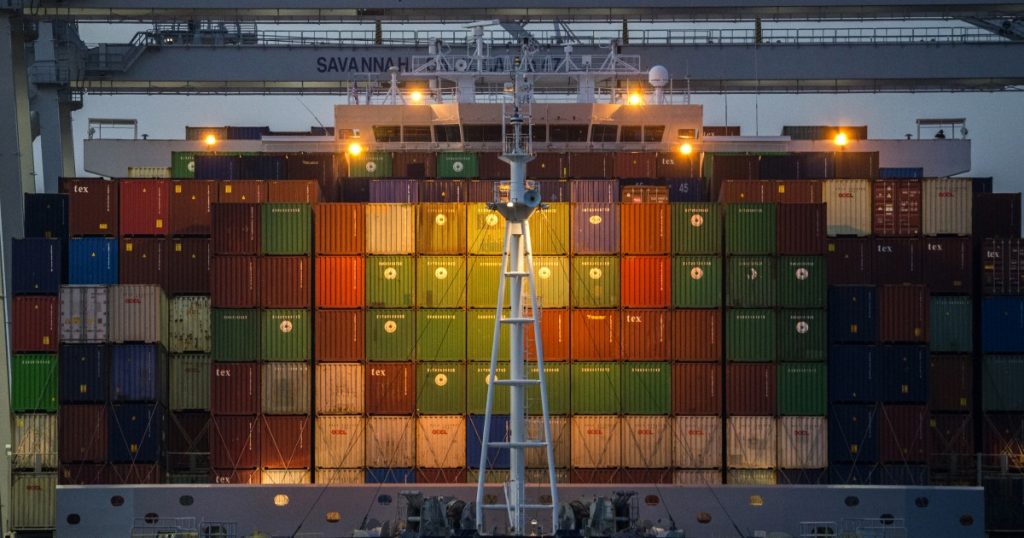 The Commerce Department said Thursday that the U.S. economy grew at an annual rate of 6.7% in the April-June quarter, slightly improving its estimates in the face of the resurgence of COVID-19 in the form of a delta variable.

The government’s estimate of growth in the second quarter – the last of three – is an increase from its previous estimate of an annualized rate of 6.6%, which will surely mark the highest point of economic expansion this year, when the virus slows some activity. , federal aid programs are ending, and supply problems in the manufacturing sector persist.

Thursday’s report shows that the country’s gross domestic product accelerated from an annual rate of 6.3% in the first three months of the year.

The main factor in improving the estimates for April-June was a slightly higher level of consumer spending, which accounts for about 70% of economic activity. Consumer spending grew at an annual rate of 12%, the fastest expansion since an increase in the third quarter of last year, when the economy began to open up.

Strong exports also contributed to the growth estimate for the second quarter. Exports grew at an annual rate of 7.6% after falling in the first quarter. Investments in equipment were also up 12.3% compared to previous estimates.

These gains were partially offset by a significant increase in imports, which were subtracted from economic growth. Imports rose at an annual rate of 7.1% in the second quarter.

In the first half of the year, the economy was stimulated by broad federal support to recover from the pandemic-induced recession — trillions of dollars in individual payments — expanding unemployment aid and helping small businesses.

See also  Reopen the border between Mexico and the United States. Interactive economy in the region

Now, with these programs expiring or waning and the spread of the delta variant of the coronavirus discouraging some people from taking flights, shopping and dining in restaurants, many economists say they believe growth slows in the July-September period. Most estimate the annual rate for the current quarter to be around 4%.