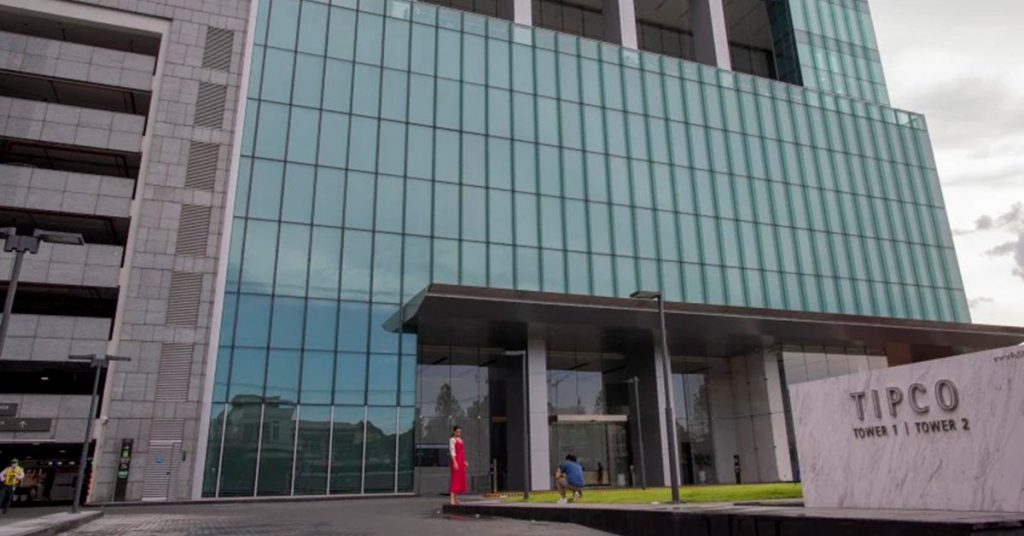 Tipco Asphalt is a loyal buyer of Venezuelan crude

To a businessman from Miami accused of providing services to the Venezuelan fleet of Russian combat aircraft, violate US sanctions, He was denied bail when a federal judge decided there was a risk of escape due to his extensive ties to the South American nation’s military.

Jorge Nobrega admitted that he went to several Venezuelan air bases, having flown in military planes, and had friends within the military in his recent arrest.said the federal prosecutor at a hearing on Wednesday.

The case against Nobrega, not yet known, which according to the prosecution It may include money laundering charges, stands out from other ongoing criminal investigations focusing on corruption in Venezuela because it is one of the first investigations into the actions of the Venezuelan military, a mainstay in support of dictator Nicolás Maduro.

It is also likely to shed light on How the Chavista regime started relying on the publicly traded Thai company TEPCO Asphalt, a long-standing buyer of Venezuelan crude., to make payments around the world once US sanctions imposed in 2019 cut off their access to Western banks.

Nobrega, after his arrest Sunday at Miami International Airport, spoke for more than two hours with investigators from the Department of Homeland Security and I acknowledge receiving two payments in March 2020 from TipcoProsecutor Kurt Lunkenheimer said in court.

More than 2.4 million euros ($2.8 million) were transferred between March and July 2019 from TEPCO to a bank account in Portugal in the name of Nobrega’s company, Achapal Technologies, according to federal investigators. Of this amount, the bulk was transferred to Nobrega accounts in the United States. But nearly a million euros in the Portuguese bank is still missing.

“You may have a way to live well outside the United States if you flee”Lunkenheimer argued.

Judge Jacqueline Becerra agreed and said her ties to the Venezuelan regime and the fact that she had a common-law partner and two minor children living in the South American country were also a factor in her decision. He refused a bail request that included offering two Miami apartments as security, as well as a home in Orlando that he still owns with his ex-wife.

The criminal complaint and affidavit against Nobrega allege that his company is in Miami Venezuelan army sold suppressive foam to insulate fuel tanks of their Sukhoi fighter jets so as not to explode under enemy fire.

In a recorded interview with an unidentified informant, Nobrega allegedly boasted that he had met Venezuelan Defense Minister Vladimir Padrino López, and compared the technology to a form of “dialysis” that would save Venezuela the expense of sending the fleet to Russia for maintenance.

Supposedly , The Venezuelan state oil company PDVSA paid him for his work through Tipco.

Agency investigation AP Last year revealed how dependent Venezuela was on TEPCO Mitigating the impact of US sanctions. In exchange for deep discounts on crude oil shipments, the company paid the PDVSA obligations and deducted the amounts from its dues to the Venezuelan oil giant, according to records obtained by the company. AP.

TEPCO was not included in the list of defendants in the criminal case. But an investigator with the Department of Homeland Security, citing information from APAnd It identified the Thai company as a “money laundering third party” that “collaborated” with PDVSA to move hundreds of millions of dollars on behalf of Venezuela’s socialist government.

US sanctions against Maduro’s dictatorship make it illegal for US companies – and those that help them – Dealing with PDVSA, only with a license from the US Department of the Treasury. In addition, any export of military equipment or services required the approval of the State Department, which Achabal did not have.

Documents obtained AP show it Achabal received three payments totaling over $3.6 million through Tipco between February 2019 and March 2020. Two other US-registered providers not affiliated with Nobrega earned another $4.1 million in the same way, according to the same records.

Documents – invoices, contracts, shipping records, transfer receipts – have been submitted to AP By a former PDVSA consultant It is located outside Venezuela on the condition of anonymity for fear of reprisals.

Nobrega, a dual Venezuelan-American citizen, founded Achabal in the 1990s. The company is listed as an address on the Florida company registry for a small warehouse near Miami International Airport identified by another company’s giant sign. Other companies are also registered at the same address.

There is no indication that Tipco was aware of the services that Achabal provided to Venezuela. Not even when acting as a financial intermediary allowed the company to evade compliance with sanctions.

But researchers have obtained documents indicating that Achabal tried to hide his dealings with Venezuela, at one point placed orders from an Australian supplier of fuel-handling equipment to justify more than $800,000 in two transfers to an Achapal Bank account in Portugal.

“Regime forces do not know whether these supporting documents reflect real business deals and Nobrega is reusing them to justify bank transfers, or if they are completely fabricated.”The federal agent said in an affidavit.

TEPCO did not respond to a request for comment on the criminal complaint.

But CEO Srivaloate tea, in an email to AP Last year, it said any payments to third parties at PDVSA’s request were “perfectly consistent” with its purchases of oil from Venezuela.

“Tipco is a client of PDVSA and not of the Central Bank of VenezuelaWritten in bold and in bold, Jean-Pierre Pasteur, Tipco Representative in Venezuela, in an email sent to PDVSA in January 2020 He complained of repeated requests for payment to his suppliers.

“Tepco tried as much as possible to help him in this difficult period,” added Pasteur, brother. Jacques Pasteur, a longtime Tipco board member, who also served as the head of the Asia Pacific region office for Tipco’s major shareholder, the French road builder Colas. “Let’s hope they don’t forget that.”