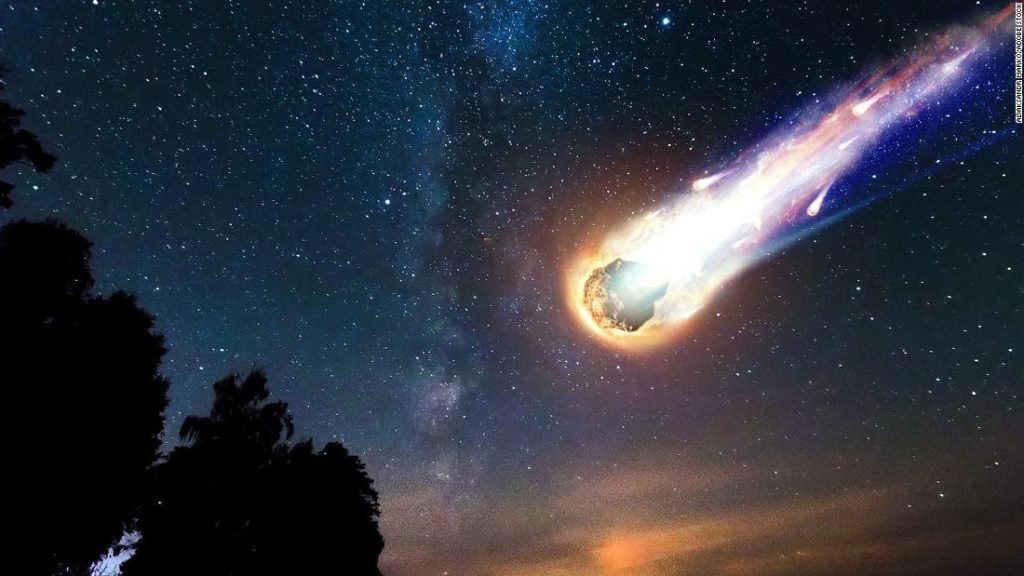 (CNN) – A meteorite traveled a long distance from home to visit Earth.

The discovery surprised Amir Siraj, who identified the object as an interstellar meteorite in a 2019 study he co-authored while he was a student at Harvard University.

Siraj was searching for ‘Oumuamua’, the first known interstellar object in our solar system found in 2017, with Abraham Loeb, a science professor at Harvard University.

Siraj decided to check the NASA Center for Near-Earth Object Studies database for other interstellar objects and found what he believed to be an interstellar meteorite within days.

The meteorite’s high speed is what initially caught Siraj’s attention.

Central velocity is defined as the velocity of a meteor relative to the Sun, and it is a more accurate way of determining an object’s orbit. It is calculated based on the angle at which the meteor hits the Earth. The planet moves in one direction around the sun, so that the meteor can hit the Earth from the front, that is, in the opposite direction in which the planet is moving, or from behind, in the same direction in which it is moving. Land.

Since the meteor struck the Earth from behind, Siraj’s calculations indicated that the meteor was already traveling at a speed of 60 kilometers per second, relative to the sun.

Siraj then traced the meteor’s path and found that it was in an unfettered orbit, unlike the closed orbit of other meteorites. This means that instead of orbiting the sun like other meteorites, they came from outside the solar system.

“It was likely that it was caused by another star, that came out of the planetary system of this star and accidentally went to our solar system and collided with the Earth,” Siraj said.

Loeb and Siraj were unable to publish their findings in a journal because their data comes from NASA’s CNEOS database, which does not publish information such as the accuracy of the readings.

After years of trying to obtain the necessary additional information, they received official confirmation that it was, in fact, an interstellar meteorite, from John Shaw, deputy commander of US Space Command. This command is part of the United States Department of Defense and is responsible for military operations in outer space.

“Dr. Joel Moser, Chief Scientist at Space Operations Command, the Space Force Service component of the US Space Command, reviewed the analysis of additional data available to the Department of Defense regarding this finding. Dr. Moser confirmed that the velocity estimate reported to NASA is accurate enough to indicate a path between stars “.

Siraj moved on to other investigations and almost forgot his discovery, so he was shocked by the document.

See also  Why is it difficult to catch a fly?

“I thought we would never know the true nature of this meteorite, and that it was locked up somewhere in the government after our many attempts, so seeing the MOD message with my own eyes was a really cool moment,” Siraj said.

Since receiving confirmation, Siraj said his team has been working to resubmit their findings for publication in a scientific journal.

Siraj would also like to put together a team to try to recover part of the meteorite that fell into the Pacific Ocean, but admitted that would be an unlikely possibility given the sheer scale of the project.

Siraj said that if researchers could get their hands on the “holy grail of interstellar bodies,” it would be a scientific pioneer in helping scientists discover more about the world outside our solar system.

Neither NASA nor the US Space Command initially responded to requests for comment.