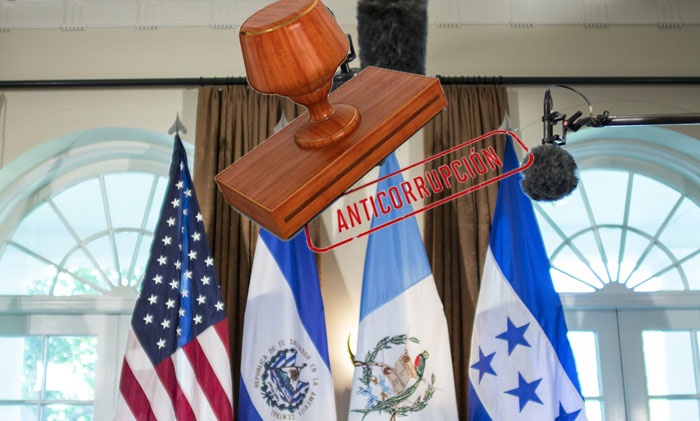 Tegucigalpa – The United States stressed the need to fight corruption in the Central American region, and in this sense announced, at the end of this June, the publication of a new statement Rotten Northern Triangle List. This is how the matter was settled, after the United States Secretary of State, Anthony Blinken, concluded a visit to Costa Rica, which constituted his first trip to Latin America.

– Officials demanded that the constitutional requirements of each state be met and the creation of better conditions for the needs of the population.

– US authorities expect the State Department to submit at the end of June a list of alleged corruption in the region.

Officials agreed, saying, “We believe there is a very deep popular demand for accountability and the fight against impunity in Central America.”

They explained that corruption is closely linked to other factors such as irregular migration in the region.

In this fight, they will not only work with governments but with the private sector to achieve greater progress and accountability.

US officials were particularly concerned about the political situation in Nicaragua afterward The arrest of Christiana Chamorro, candidate for the presidency of that country in Central America.

“We are deeply concerned about the situation in Nicaragua and call on Nicaragua to release Chamorro and other leaders we consider to be being held on false charges,” the officials said.

For his part, the Special Envoy, Ricardo Zuniga, emphasized that the most important thing they seek to share is that it is understood that the fight against corruption is a common challenge for Central American countries and the United States.

This fight aims to tackle irregular migration because, he said, they understand that natural migration will be present in Central America.

“Irregular migration poses a long-standing humanitarian, insecurity and economic challenge to all countries in the region,” he said.

In this regard, he noted that Anthony Blinken’s visit to Costa Rica was a good space to exchange ideas on the current situation.

He added that valuable talks could be held between the United States and its allies in the region.

He concluded that the United States is looking for allies in the region to create opportunities for economic growth so that people avoid leaving the country and enjoy better conditions.

Based on the foregoing, officials reiterated that they expect the State Department to provide a list of alleged corruption.

In this regard, they expected this list to be available at the end of June. (Omani Rial)