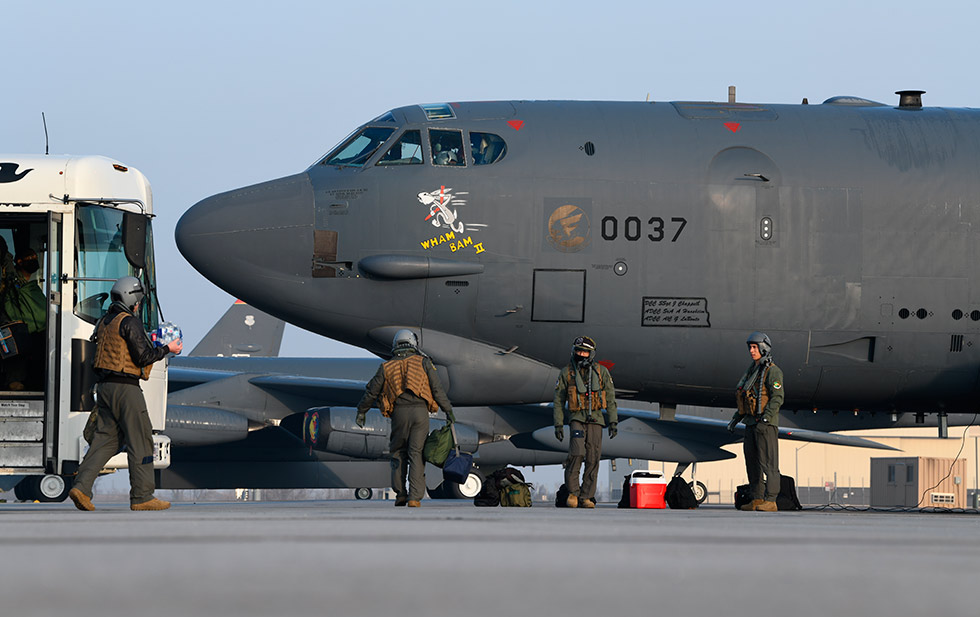 Dubai- Two US B-52 bombers flew over the Middle East on Sunday in the latest mission of its kind in the region to send a warning to Iran amid tensions between Washington and Tehran.

On the other hand, on the same day, a pro-Iranian satellite channel based in Beirut broadcast footage taken by an Iranian military drone that showed an Israeli ship hit by a mysterious explosion a few days earlier in the Middle East. Although the channel sought to say Tehran was not involved, Israel blamed the Iranian government for what it described as the attack on the ship.

The Beirut-based Al-Mayadeen channel broadcast footage of the Helios Ray, a transport vehicle flying the Bahamian flag, which was blown up on February 26 in the Gulf of Oman.

The US Central Command said that two B-52s flew over the area with military aircraft from different countries, including Israel, Saudi Arabia and Qatar. This represents the fourth deployment in the Middle East so far this year, and the second under the leadership of Joe Biden.

Flight tracking data showed the two bombers took off from Minot Air Force Base in North Dakota, something Central Command did not mention in the flight statement, although authorities later released photos of the crew preparing to take off there.

The armed forces did not mention Iran directly in the text, saying the flights were “to discourage aggression and reassure partners and allies that the US armed forces remain committed to security in the region.”

These types of trips have become common in the final months of former President Donald Trump’s government. Trump’s decision in 2018 to withdraw the United States from the Iran nuclear deal with world powers sparked a series of incidents in the region.