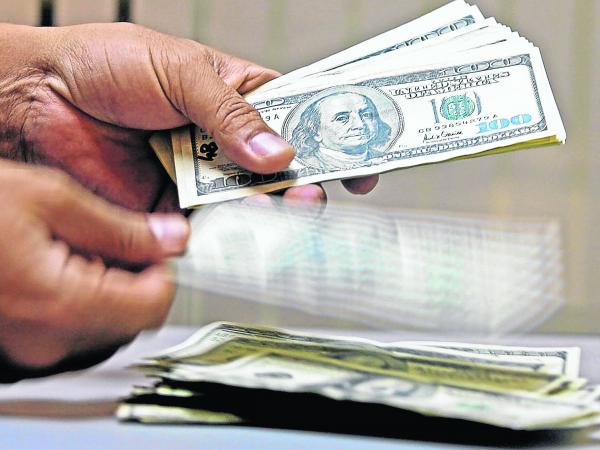 The year 2020 was negative in the global health, economic and social world, and the United States did not escape this reality. The US economy fell 3.5% last year, its worst year since 1946. However, with the arrival of 2021, a new phase for the American Union begins. Joe Biden takes office with optimistic economic outlook. The latest central bank forecast points to economic growth of 4.2% in 2021, in addition to an expected drop in the unemployment rate to 6.3%, compared to the 8.4% that was initially estimated..

(Joe Biden is already working on his tax reform.)

The GDPNow index released by the Federal Reserve in Atlanta that tracks data in real time to estimate changes in US GDP, and is currently forecasting a 10% advance for the first three months of the year. All this thanks to the arrival of vaccines and the rapid immunization process that is beginning to show an interesting horizon for the US economy.

(Colombia, alert to the effects of Biden’s massive stimulus).

For Edgar Polido from Latam’s Colombian offices in the USA These numbers, along with an increase in savings of nearly $ 4 trillion, indicate that the US economy is not only growing strongly, but is set to continue on this path throughout the year. Interest rates in the United States affect most financial markets in emerging economies, including Colombia. Therefore, for investors in Colombia and Latin America, not only should initial fears of a possible recession in the US be removed, but data show that the economy is growing, despite the fact that the epidemic is still continuing..

The information distributed by the US Congressional Budget Office last week leaves no doubt: the outlook and the current situation are much better than expected. Officials said the improvement in conditions was due to large sectors of the economy adapting to the epidemic better and faster than originally expected. This was made possible by the $ 900 billion economic aid package approved by Congress in December, which provided support through loans to small businesses, unemployment insurance, and direct and indirect aid to the states. “The Congressional Budget Office reported that the US economy is expected to return to pre-pandemic size by the middle of this year, even if Congress does not approve more federal aid,” Refined reassurances.

In addition, Biden increased health-expense payments through state Medicaid insurance, which allowed about $ 44.5 billion in into the states and kept the US Federal Reserve interest on loans at zero, giving companies a respite. The data gives great optimism: The Budget Office sees no signs of rising inflation and expects the Federal Reserve to drop below 2% in the next few years.

On the other hand, independent accounts from the Brookings Institution last week predicted another dose of economic aid such as a $ 1.9 trillion package Biden wants to take off, and it will be a major support for the economy to grow rapidly, bypassing its previous path to the epidemic at the end of the year.

Either way, with or without a new economic injection, what has arrived in the United States is a dose of optimism, which is still a change of stalemate from what we experienced in 2020 and of great benefit to those who wish to invest in American soil.