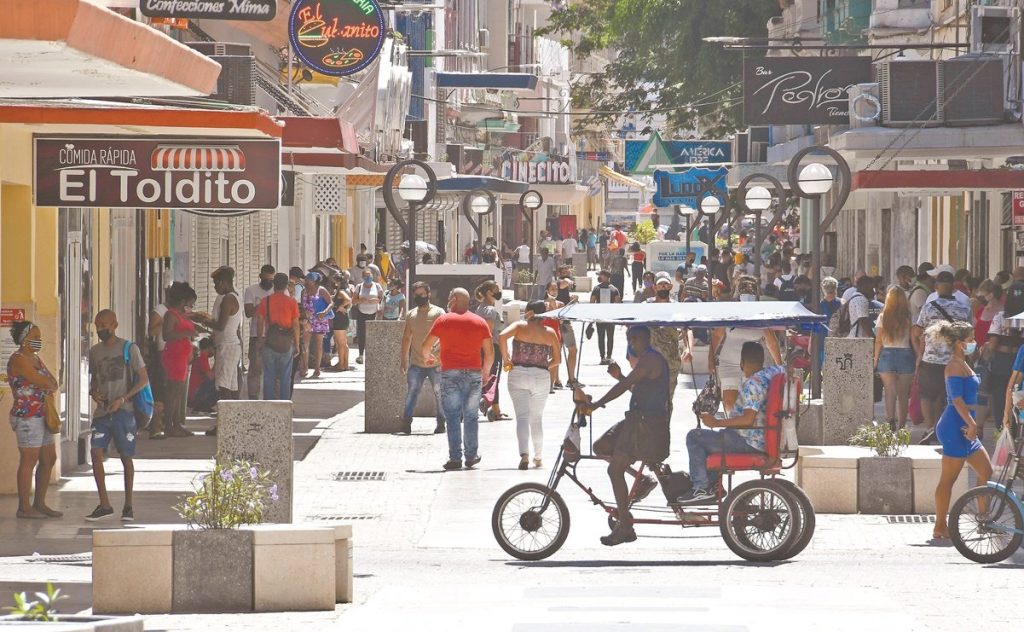 Washington/Havana. – While the United States imposed Financial sanctions against the Cuban regime for “repression” of protestsMexico is preparing to ship humanitarian aid to the island.

The Treasury’s Office of Foreign Assets Control Alvaro Lopez MieraCuba’s defense minister, the Interior Ministry’s National Brigade (MININT), is on the latest list of sanctions. The Treasury Department noted that Lopez Meira “played an instrumental role in suppressing the ongoing protests in… CubaThe Ministry of the Revolutionary Armed Forces of Cuba, headed by López Meira, and other Cuban government security services attacked protesters and detained or disappeared more than 100 in an attempt to quell the 11 July protests.

President Joe Biden warned that “this is just the beginning: The United States will continue to punish those responsible for the persecution of the Cuban people,” and “unequivocally” condemned the “mass arrests and show trials” of protesters. “The United States supports … the Cubans who took to the streets to oppose 62 years of oppression under a communist regime,” he said in a statement.

Biden promised to work internationally, including with the Organization of American States (OAS), to “pressure the regime for the immediate release of Mr. political prisoners Unfairly, reset Internet service and allow Cubans to enjoy their basic rights.” In addition, he said he would look into the issue of remittances.

Read also: Joe Biden asserts that this is “only the beginning” of sanctions against Cuba

However, the impact of these sanctions, added to Washington’s trade embargo on Havana that has been in place for nearly six decades, is very limited, especially since MININT as a whole was already on the list. I do that It is possible that López Miera has no assets under US jurisdiction.

The reaction from Cuba came in a tweet from the Minister of Foreign Affairs, Bruno Rodriguez, who called the sanctions “baseless and slanderous” and argued that the United States “should apply the Global Magnitsky Act to itself, to the daily acts of repression and police brutality that killed 1,021 people in 2020.”

Rodriguez was referring to the rule Washington uses to impose sanctions, a US law that allows it to freeze financial assets and ban travel for human rights violators in any country in the world.

Mexico, which after the July 11 protests condemned the US embargo on the island, is preparing to send aid. In the port of Veracruz, the loading of the ships Libertador and Papaloapan of the Maritime Secretariat of the Mexican Navy has started since yesterday and will leave for the island on July 25.

Read also: Repression of intellectuals and artists in Cuba

In the last hours, dozens of trailers arrived in Veracruz from Mexico City. In a statement, the Ministry of Foreign Affairs stated that the shipment “included medical supplies such as syringes, T-type oxygen tanks, 9,500 liters and face masks.” In addition to “dried milk, beans, wheat flour, cans of tuna, edible oil, as well as diesel.”