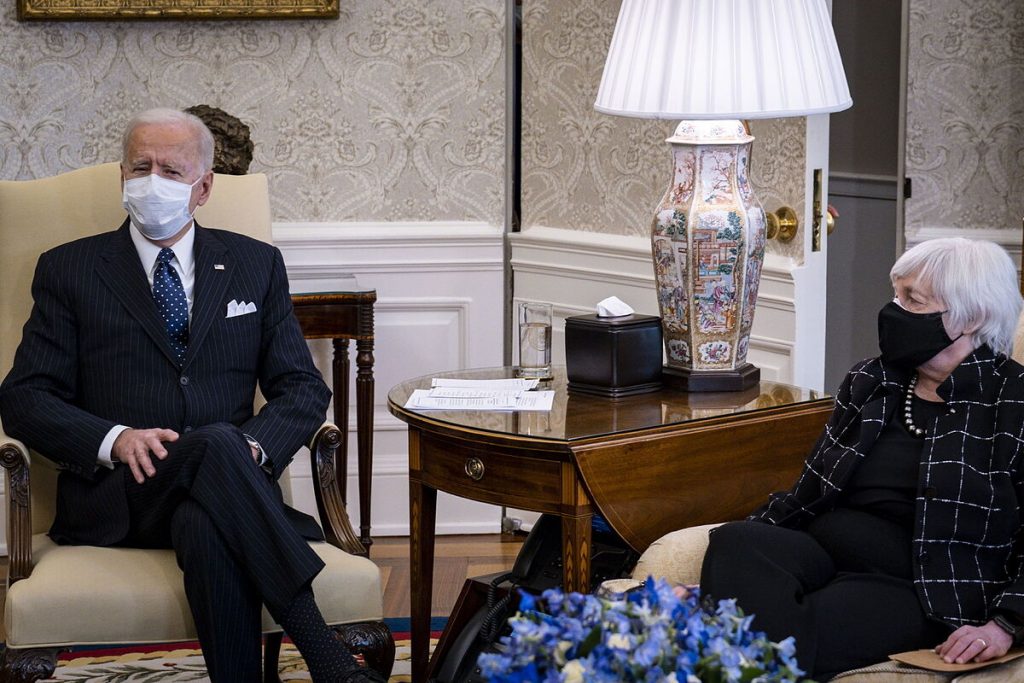 The US Treasury announced on Thursday that it had drafted its proposal to approve a global corporate tax floor of at least 15%, in meetings with officials from other countries on the matter.

And the US Treasury Department said in a statement that this percentage constitutes a basis for continuing talks with the idea of ​​agreeing even on a higher tax rate.

Over the past two days, Washington has maintained contacts with project officials against the erosion of the tax base of the multinational corporations, known by its English acronym, BEPS, and operated by the Organization for Economic Cooperation and Development (OECD). ) And the Group of Twenty.

In these contacts, discussions took place about the global minimum tax on large companies, which, according to the Treasury Department, had already begun in a “serious way”.

The US executive explained that during the talks, he expressed his belief that the “international tax structure” should be stable and that the global playing field should be fair.

In this sense, he noted that a cooperative environment must be created between countries to preserve tax rules and ensure that corporate taxation is “fair” and responsive to the needs of the 21st century economy.

President Joe Biden’s government has reiterated that with the global corporate tax “to zero” today, there has been a race to the bottom in corporate tax rates, undermining countries’ ability to raise revenues to make the necessary investments.

In its memo, the Treasury Department said the United States was encouraged by the “positive reception” of its proposals and by the “unprecedented progress” of a global corporate tax.

Since coming to the presidency, on January 20, Biden has questioned the economic taboos that have existed in the United States since the 1980s by betting on prominent state intervention and strengthening weak social welfare systems.

To counter this massive collapse in public spending, the current US president is proposing a tax hike for large corporations, while increasing the tax rate from 21% currently to 28%, and reducing evasion maneuvers through tax havens.

In addition, Biden intends to implement a 15% minimum tax rate on accounting income, which is reported to investors, as opposed to income that is reported to the US Treasury.