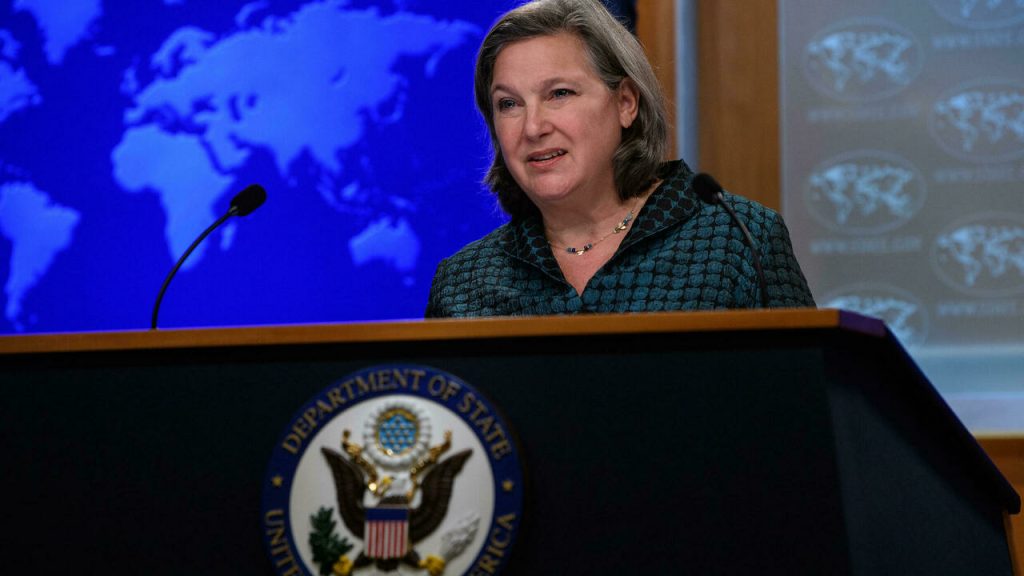 Washington (AFP) – A senior US official said Thursday that the United States is confident Germany will not reactivate the controversial Nord Stream 2 pipeline with Russia if Moscow invades Ukraine.

“If Russia invades Ukraine, one way or another, Nord Stream 2 will not move forward,” Victoria Nuland, a third-ranked State Department official, told reporters.

“I think the statements from Berlin are very strong even today,” he said.

When asked why the United States trusted it, he said the pipeline had not been tested and approved by German regulators.

“We will work with Germany to ensure that the pipeline does not go ahead,” Nuland said.

German Foreign Minister Annalena Birbock told parliament on Thursday that her government was preparing a “strong package of sanctions” with Western allies “including Nord Stream 2” if Russia attacks Ukraine.

Nord Stream 2 is set to double supplies of cheap natural gas from Russia to Germany, Europe’s largest economy, something Berlin says is essential to the transition from coal and nuclear power.

Nuland also said the United States has asked China, a rival like Russia, to use its “leverage” with Moscow, which has amassed tens of thousands of troops on Ukraine’s border.

“We call on Beijing to use its influence with Moscow to encourage diplomacy because if there is a conflict in Ukraine, it will not be beneficial to China either,” he said.

Russian President Vladimir Putin will visit Beijing next month for the Olympics, which the United States has officially boycotted due to human rights concerns.