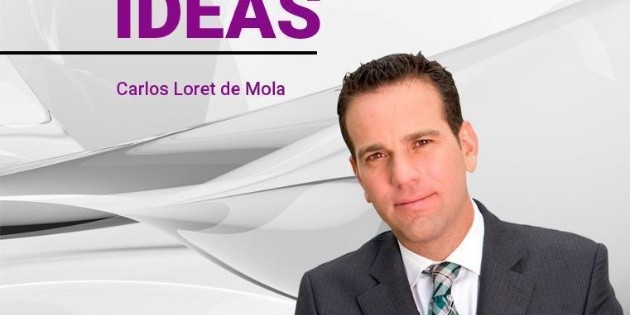 During several consecutive morning conferences, the president was furious and accused the United States of interfering in Mexican politics because the US government, an agency of USAID, finances the Mexicanos Contra la Corrupción y la Impunidad (MCCI) organization. .

López Obrador wanted to escalate the matter and sent a diplomatic note to the United States demanding an explanation about this funding, which, according to the Mexican president, encouraged opposition to the coup.

There has been no direct response to the diplomatic note and will not be. So far it is the decision of the Joe Biden government and they have already informed the Chancellor of Marcelo Ebrard.

But the indirect, strong and vehement answer is yes.

First, last week the White House announced a state policy that would double and provide funding to NGOs around the world fighting corruption and fighting for democracy and freedom. This is a policy not only for Mexico, but for all countries of the world. That is, instead of hitting the white glove, he dropped the bulldozer.

And second, the act that started the visit to Mexico by US Vice President, Kamala Harris, was the signing at the National Palace of a cooperation agreement between the government of López Obrador and USAID! Yes, the agency has been accused by the President of interference and coup. Slap with white gloves. The United States dubbed Lopez Obrador. He left her whistling on the mound with his irrational outbursts. And for a deal with USAID, Secretary of State Ebrard had to sit down with John Creamer, the head of the United States Embassy office in Mexico, to sign it.

At the López Obrador-Camala Harris meeting, the Mexican insisted that two of his emblematic social programs should be used to stop Central American migration: the sowing of life and the youth building the future. This is the third time that the President of Mexico has put it on the table (first, in a call with President Biden and in another call with Vice President Harris). And this is the third time that the United States has given him the same answer: that it is analyzing it.

The United States has expressed doubts about the rules governing these programs. The matter has been approached, Ambassador Esteban Moctezuma acknowledged in an interview for W Radio yesterday, who explained that the interest is in Sembrando Vida, that the Biden government has asked for more information, and in any case, it will not. The two countries may have a program, but “they will implement it on their own, it will not happen jointly”.

Could it be that Claudia Sheinbaum’s defeat is part of that responsibility in a luxurious apartment in Polanco’s twin towers, where Palacio’s most influential cousin lives, who promised to conduct the election? For there, many of those who contribute resources and rely on them aim to get paid.