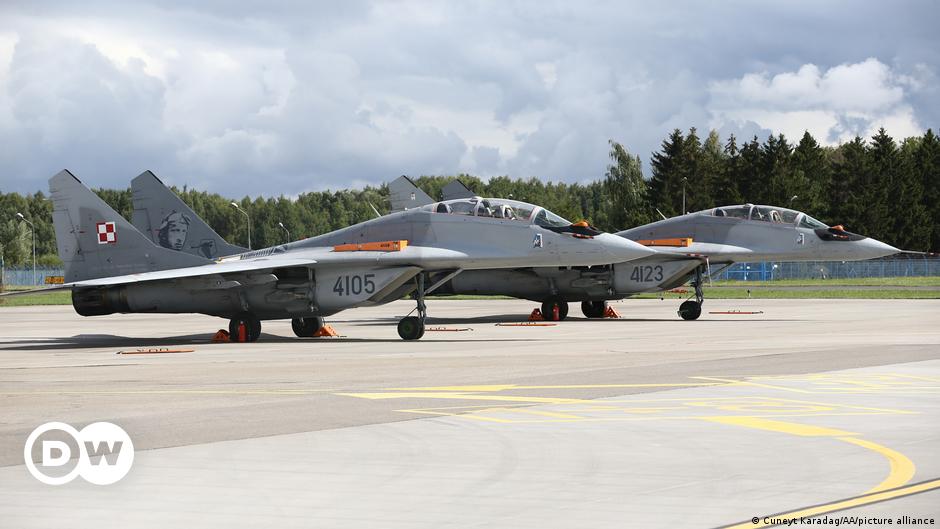 The Pentagon does not see Poland’s “sustainable” proposal to transfer all of its MiG-29 combat aircraft to Germany to make them available to the United States at the US base in Ramstein, on German soil, the authorities said on Tuesday (03.08.2022).

US Defense Department spokesman John Kirby said in a statement Tuesday that his country is consulting with its allies and partners on security assistance to Ukraine, given that the Polish initiative “shows some of the complexities posed by this issue.”

Kirby noted that “the prospect of warplanes at the disposal of the US government leaving the US/NATO base in Germany to fly over the contested airspace over Ukraine with Russia raises serious concerns for the entire coalition.”

According to the spokesman, it is not clear to the United States that there is a “fundamental justification” for this measure.

But he stressed that Washington will continue its consultations with Poland and NATO allies on this issue and “the complex logistical challenges it poses.”

Under Secretary of State for Political Affairs Victoria Nuland also referred to the issue on Tuesday in her appearance before the US Senate Foreign Relations Committee, where she emphasized that Poland had not coordinated with her country on the matter.

“I was in a meeting where I should have heard something about it, before what I think was a surprising move” by Poland, Noland said.

On Tuesday, the Polish government announced its readiness to transfer all of its Russian-made MiG-29 combat aircraft to Germany to make them available to the United States at the Ramstein base.

Foreign Minister Zbigniew Rau revealed in a message on social networks that Poland is “ready” to hand over its fighters, after Prime Minister Mateusz Morawiecki denied reports on Monday that Warsaw would directly transfer those fighter jets to Ukraine.

The Polish minister did not specify in his letter whether the final destination of these weapons would be the Ukrainian Air Force.

Russia’s invasion of Ukraine entered its 13th day on Tuesday, killing or wounding 1,335 civilians, according to the latest count from the UN Human Rights Office; A figure estimated by Ukraine’s state emergency services at more than 2,000 civilian deaths.