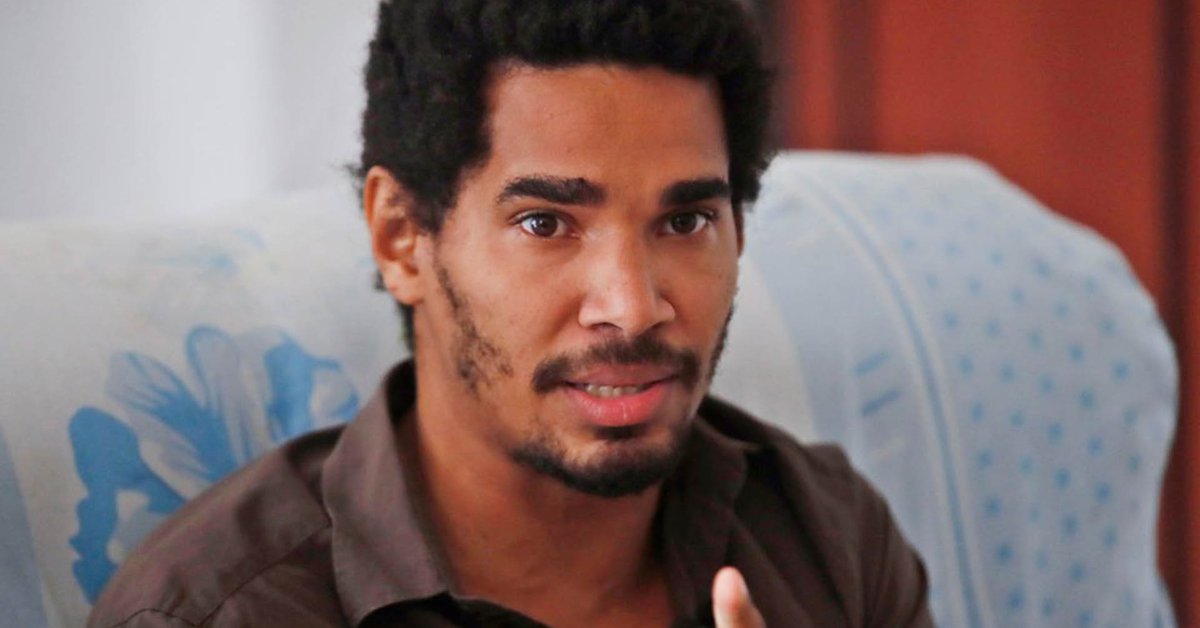 On Friday, the United States expressed its concern that Cuban rule “With dignity and respect“Disgruntled artist Luis Manuel Otero Alcantara, Remained under house arrest for nearly three weeks in a hospital in Havana, while Amnesty International declares him a “prisoner of conscience”.

“We want @ LMOAlcántara and all Cubans to be respected and treated with respectThe US embassy in Havana pointed to this on Twitter. Washington “Have expressed their solidarity and concern with the Cuban people that the government treats them with respect and dignity“, she added.

“How is it possible that no patient in the hospital has the right to meet or telephone?“, He asked question.

The Cuban regime accused the 33-year-old Otero Alcantara of trying to manipulate the political situation and being financed and managed by the American think tank, the National Democratic Institute.

Competitive member San Isidro Movement (MSI), A group of artists from the opposition university, Otero Alcantara was transferred to a hospital in Havana on 2 May, the eighth day after the announcement of the hunger strike.

With that protest Demanded the return of works from which he had been snatched by security agents U Demand to stop police harassment And artistic freedom against him.

Last November, MSI members and supporters locked themselves in Otero Alcantara’s home in San Isidro, giving birth to one. Demonstration by 300 artists and intellectuals demanding freedom of expression, Something unprecedented on the island.

By declaring Otero Alcantara this Friday “prisoner of conscience“for the third time, Amnesty International urged “President Miguel Diaz-Canel Bermudez and other Cuban officials to release him”, In a statement posted on the organization’s website on the Internet.

Dissatisfied Artist “He has been deprived of his freedom to express himself in a completely peaceful manner and should be released immediately and unconditionally“Said Erica Guevara, director of AI for America.

The NGO condemned that since he was taken to the hospital, the artist “Under the supervision or control of state security officers and with very restricted visits from their immediate family” with this, “Does not seem to have access to his phone or the outside world“she added.

Amnesty had already called Otero supporters on Thursday to write a letter to Diaz-Canel for his release.

Other activists and close associates of Otero Alcantara confirmed that He does not have access to the telephone and only a few close relatives can see him at Calixto Garcia Hospital, Where the patrol of the Castro Police has been guarding the entrance for several days.

“It’s practically kidnapped, Because he has no communication from outside like any other hospitalized person “, sentenced to freelance journalist Ileana Hernandez, Who claims to be under house arrest for one month for his activism against the regime.

Dancing Chabeli Diazu, One of the people closest to Otero Alcantara, confesses to be concerned: “Her relatives say she’s fine, but I went to the hospital and they didn’t let me pass. I think they do something very well Hide. They won’t let me see him or me. “

On the other hand, other people who came to see the dissidents, Arrested by the police or fined at the hospital doorAccording to activists.

(With information from AFP and EFE)