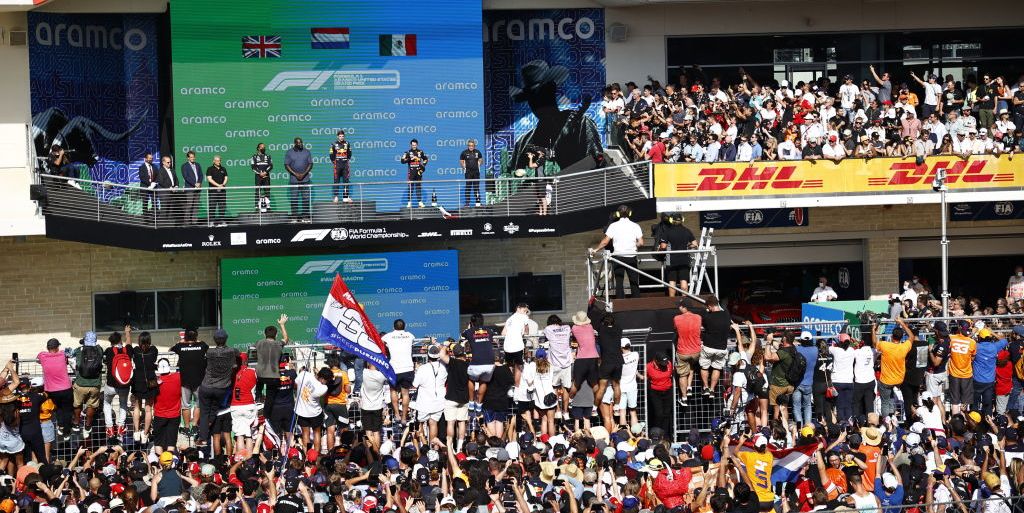 The growth of Formula 1 in the United States is not only due to the so-called “Netflix effect” of the series’ championship.Formula 1: Drive to Survive´ (“Formula 1: Grand Prix action´), but there are more factors that explain this boom in the American continent.

last weekend The Circuit of the Americas has registered nearly 400,000 fans In their facilities to watch the United States Grand Prix. Such an audience had never before met at a Formula 1 event, not even at the 2019 British Grand Prix, where the total number of spectators was estimated at 351,000.

We are talking about numbers that are quite surprising given the global crisis of the current health epidemic. This has not slowed Formula One’s momentum in the United States, which, as previously advised by circuit director Bobby Epstein, would not pose a problem to see the grandstands of the Circuit of the Americas fully filled: “It was the equivalent of four Super Bowls and we only did it in one weekend‘, highlighted.

The success of the United States Grand Prix was also reflected in the masses. Without Formula 1 being the king of sports in that nation, ABC has collected more than 1.2 million viewers In front of the screen, only 200,000 viewers were left who watched the 2007 United States Grand Prix as Lewis Hamilton beat Fernando Alonso in his own duel at McLaren.

In the same way, F1 has come to compete in terms of audience and fame with NASCAR itselfAmerican motorsport par excellence. Chase Elliott, the current Cup Series champion, has admitted following Formula 1 closely: “Very fun to watch, I don’t know if it’s from Netflix or the big fight between Hamilton and Verstappen, but they did a great jobThe Hendrick Motorsports driver, who had already attended the Belgian Grand Prix live in 2017, commented.

No single show on Netflix

F1’s “Formula 1: Drive To Survive” series has become popular in the United States. Epstein has been adamant on this since the first season that premiered in 2019: “The Netflix series was the biggest booster for ticket sales, the CEO of Circuit of the Americas confirmed.

However, there are also other reasons arguing for F1’s growth in the North American country: the absence of the United States in the 2020 season due to the pandemic caused more interest from the public in the 2021 edition.

In addition to, Liberty Media She has created out of her sport not only a place to watch the races, but she has also encouraged countless recreational activities that turn the Grand Prix into an event of great cultural significance for every moving nation.

Finally, TV and social media coverage has improved in aspects of quality, reach and appearance in the past five years, just as parity on the track and The rivalry between Lewis Hamilton and Max Verstappen Because the title is getting more attention this season.

With the reasons explained, we can only hope that the uptrend in F1 will continue over the next few years.