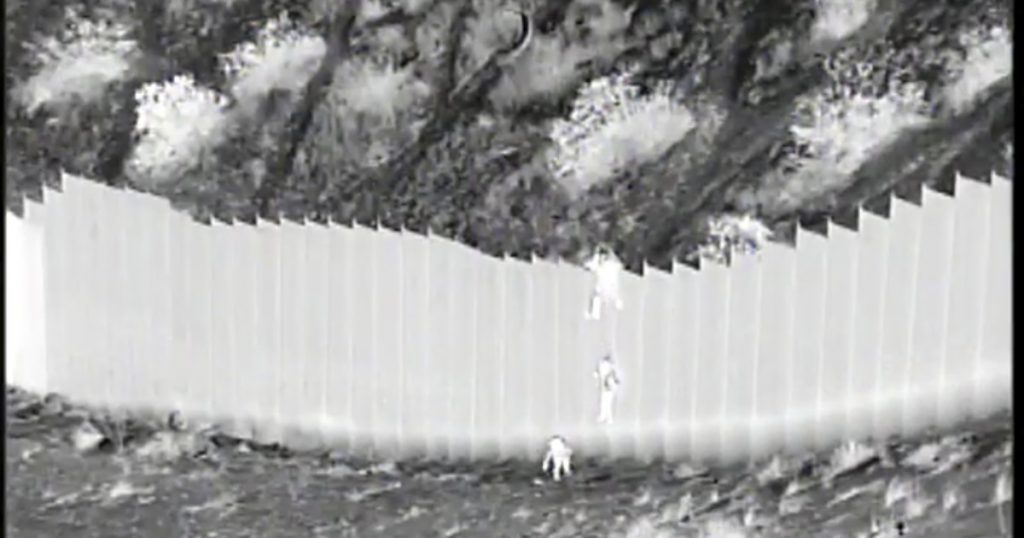 Santa Teresa, New Mexico, United States (Associated Press) – Two Ecuadorian girls have been abandoned and taken down by traffickers from the top of the fence separating Mexico from the United States, according to a video released by US federal authorities on Wednesday.

The two girls, 3, and her 5-year-old sister were unharmed, but border guard officials described the accident as heartbreaking.

The accident occurred as President Joe Biden’s government struggled to find a place to house the several hundred children and teens who enter the country illegally every day. In some cases, parents who have been denied entry to the United States have sent their children alone across the border, hoping that they will eventually be released to their relatives. As a result, detention facilities are full and the government is trying to find more temporary shelter options.

Gloria I.Chavez, the principal agent for border patrol in the El Paso sector, which includes parts of Texas and New Mexico, said a customer using a remote camera had spotted a person at the edge of the fence. The video shows someone grabbing the girls one by one, lowering them as much as possible before dropping them to the ground. The two girls stood while two people fled from the other side of the border.

“At the moment we are working with our allies in Mexico to try to identify these ruthless traffickers and hold them accountable for the full weight of the law,” Chavez said in a statement.

Authorities said border agents from Santa Teresa were able to find the sisters after receiving instructions from a camera operator at a remote location in New Mexico, a short distance west of El Paso, Texas. The girls were conscious, but they were taken to the hospital for an examination. They are currently in a temporary border patrol facility awaiting release to the Department of Health and Human Services.