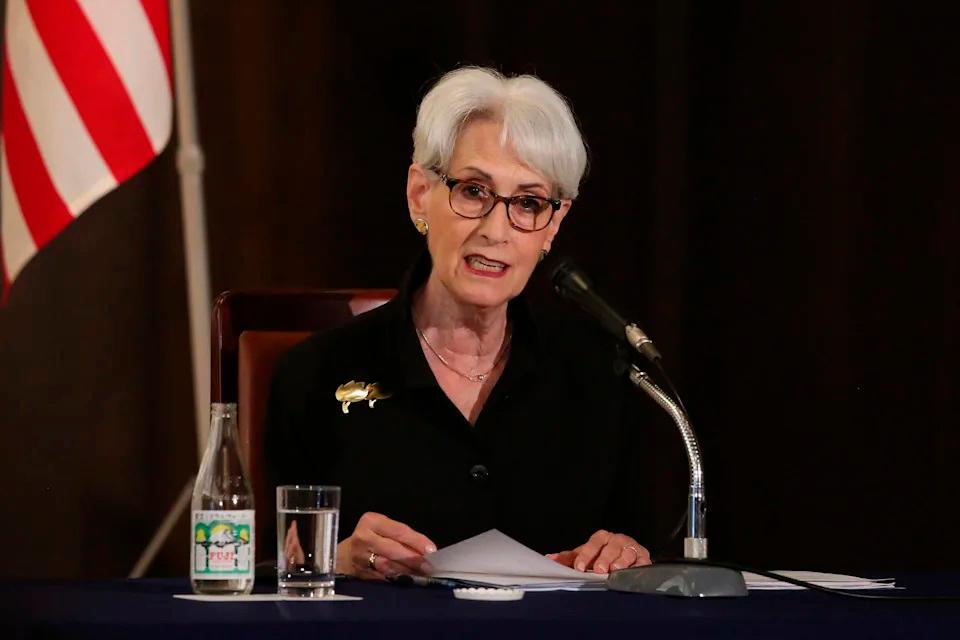 The United States and Uruguay have promised to cooperate in the region’s recovery after the COVID-19 pandemic, according to the US Under Secretary of State, Wendy Sherman, after meeting with the South American country’s Minister of Economy and Finance, Azucena Arbelchi, this Monday in Montevideo.

The second lady of the US diplomacy wrote on her Twitter account after the meeting at the Uruguayan Ministry of Economy and Finance that both countries “could cooperate better in recovering after the COVID-19 pandemic both in Uruguay and the whole region.” Create a “well-paid job”.

Sherman also noted in the same social network about his meeting with a group of young people, highlighting his “vision of building more sustainable and inclusive societies in South America and around the world”.

Previously, he had held another meeting with representatives of the renewable energy sector, and in this regard, the Biden administration envoy highlighted in another tweet that Uruguay is a ‘model for the region and the world’ for its use of clean energy.

Economics and regional politics were among the issues up for discussion in his meeting with Uruguay’s Foreign Minister, Francisco Bustillo, which took place early on Monday.

According to information provided by the Uruguayan Ministry of Foreign Affairs, the head of diplomacy expressed to his interlocutor his “aspiration” to “deepen economic and trade relations” to facilitate “greater access” of exports from the South American country to the United States.

For her part, Democratic Administration Representative Joe Biden announced, according to the statement, her country’s “full readiness to deepen the possibilities of enhancing trade and investment,” particularly through the current Trade and Investment Framework Agreement (TIFA).

Sources from the United States Embassy in Uruguay have told Effie that Uruguayan President Luis Lacalle Poe will receive Sherman this Tuesday and will later meet with Interior Minister Luis Alberto Heber.

After visiting Uruguay, the undersecretary will travel to Peru, among other things, to analyze “increasing bilateral opportunities for inclusive trade and investment,” according to the statement from the State Department.

Sherman, a social worker by training, has been part of previous Democratic administrations of the United States: between 2011 and 2015, during the presidency of Barack Obama, she was Assistant Secretary of State for Political Affairs; Between 1993 and 1996, first, and 1997 and 2001, later, he held related advisory positions in Bill Clinton’s governments.