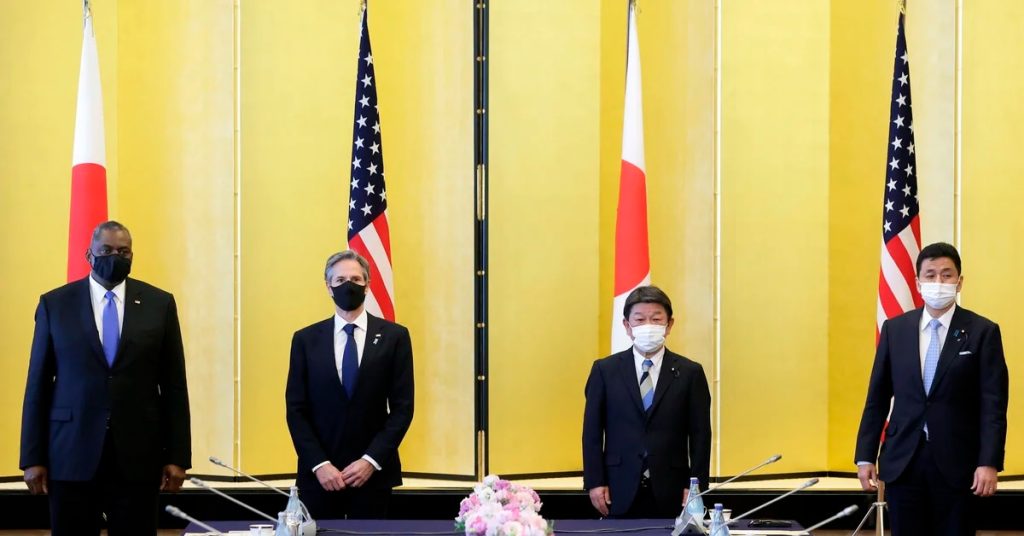 The US and Japanese authorities held a two-way meeting last Thursday They agreed on a new program in which they would cooperate to address “emerging defense-related problems”, Just two days after North Korea launched a hypersonic missile into the waters of the Sea of ​​Japan – known in Korea as the East Sea.

“We are launching a new research and development agreement that will make it easier for our scientists, Our engineers and program managers collaborate on emerging defense-related issues, From fighting hypersonic threats to developing special capabilities,” US Secretary of State Anthony Blinken announced.

Additionally, Blinken emphasized that within the next five years, The US government will invest “more resources” to “deepen” military readiness and operational capabilities to support Japan.

For his part, US Defense Secretary Lloyd Austin said, He stressed that the alliance between the two countries is “the cornerstone of peace and prosperity in the region.” of the Indo-Pacific region and that it is based “not only on common interests, but also on common values”.

US Secretary of State Anthony Blinken

“We meet in the context of the growing tensions and challenges to the free, stable, and secure Indo-Pacific that we both seek: challenges posed by North Korea’s nuclear ambitions and China’s aggressive and coercive behavior,” Austin stressed.

Following these statements, Japanese Foreign Minister Yoshimasa Hayashi announced, He highlighted the importance of uniting Washington and Tokyo to face “critical and multifaceted challenges such as a change in the strategic balance.”, the unilateral and coercive attempt to change the “status quo,” the arbitrary use of unjust pressure and the expansion of an authoritarian regime.”

See also  A meteor lights up the sky during a baseball game; Watch the video

Hence, Hayashi called for maintaining a “free and open international order” based on common rules that “guarantee regional peace, stability and prosperity.” “It is more important than ever that Japan and the United States are united and show leadership as the two countries share common interests,” he said.

Finally, Japan’s Defense Minister, Nobuo Kishi, agreed with his cabinet colleague and He stressed the importance of releasing the message of unity between the American and Asian countries, “even if by videoconferencing,” to show the world the “strong solidarity” that unites them.

The United States imposed sanctions on Milorad Dodik to destabilize Bosnia
Kazakhstan protests: UN, EU and US express concern and call for a “peaceful solution”
Kim Jong-un’s regime confirmed the launch of the hypersonic missile that landed in the Sea of ​​Japan