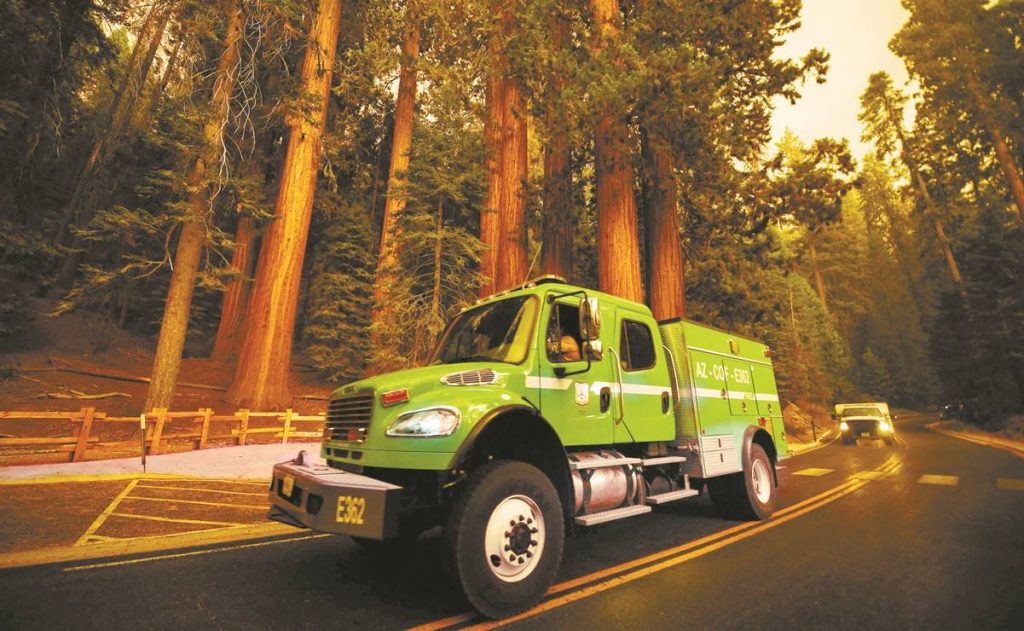 Paris / Washington. UN Secretary-General Antonio Guterres warned yesterday that the world is on a catastrophic path that will lead to an average temperature rise of 2.7 degrees Celsius between now and the end of the century.

The international community has pledged to combat greenhouse gas emissions, but those promises are “going in the wrong direction,” a UN report explained. Thus, Guterres warned that “the world is on a catastrophic path.”

“Although there is a clear trend to reduce greenhouse gas emissions [GEI] Over time, countries must urgently redouble their efforts,” the UN Climate Change report requested.

The document is an assessment of the commitments of the 191 countries that signed the 2015 Paris Agreement to combat climate change.

Of all countries, only 113 countries, representing 49% of greenhouse gas emissions, have updated their national commitments, as of July 30, as stipulated by agreed deadlines.

The report predicts that emissions of this group, which includes the United States and the European Union, will “reduce 12% in 2030 compared to 2010.” “A light of hope,” in the words of the head of the United Nations programme, Patricia Espinosa.

He adds that contributions from 191 countries together “mean a significant increase in global greenhouse gas emissions in 2030 compared to 2010, by about 16%”. According to the IPCC, citing the United Nations, this increase in emissions “unless immediate measures are taken, could cause a temperature increase of 2.7°C by the end of the century”.

“This means not fulfilling the promise we made six years ago, to pursue a target of +1.5 degrees Celsius,” Guterres recalls, adding that “failure to achieve this target will result in a huge loss of life.”

See also  The Indonesian submarine crew sings before it sinks

The Covid-19 pandemic has disrupted the agenda and commitments of all countries: “We must act, all of us, we must act now,” US President Joe Biden declared at the start of a virtual summit with nine foreign leaders.

“We are working with the European Union and other partners to launch a global commitment on methane to reduce global methane emissions by at least 30% by 2030, from 2020 levels,” Biden said.

Mexican President Andres Manuel Lopez Obrador participated in the forum. On behalf of the Mexican government, the President was accompanied by Minister of Environment and Natural Resources, Maria Luisa Albores, and Minister of Foreign Relations Marcelo Ebrard.

In addition, Euro-Mediterranean leaders agreed in Athens on the need to form a common front to mitigate the climate emergency.