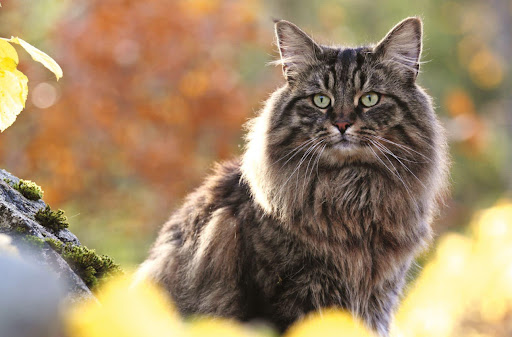 One of the many benefits of traveling is finding out what other countries have to offer. Sometimes it’s a tasty dish, or it could be some mystical ethnic music that captivates the ear. But in some cases, we come across a beautiful animal, unique for that part of the world. One such example is the Norwegian Forest Cat, hailing from chilly Scandinavia and eventually brought to North America.

The original name for this breed, “Skogkatt,” literally means “forest cat.” It draws your attention instantly with its majestic appearance, the thick coat, vivid colors, and last but not least, its impressive personality. Let’s explore some of how it stands out from its relatives. Find out more on this website.

These furry beauties have long been a significant part of Norwegian folklore. Aside from appearing in various local myths and tales, they were also practically employed by the Vikings during their expeditions. How would cats help these legendary conquerors, you might ask? They were “mousers,” or rodent exterminators. Mice were a ship nuisance in those days, so the Vikings had to take action, and these guys delivered.

As to how these cats first appeared across the ocean, it’s very probable that some Viking expedition, perhaps under the leadership of Leif Erikson himself, brought them to our soil. Historians agree that this happened sometime in the late 10th century. The “Wegies”, as their owners affectionately call them, quickly attracted a devoted following in the feline community.

This breed had some rough times, too; for a time, they almost lost their authentic status as a result of mating between wild and domestic breeds in their home country, Norway. But cat lovers refused to see this species disappear for good. Some events in the 20th century, like WWII, slowed down their efforts, but after the war, the Wegie saw its heyday, eventually becoming Norway’s official cat in the 1950s.

Later on, Europe included it among its official breeds, and it became somewhat of a celebrity in America, too, especially in later decades. Though it gives off the vibe of a mountain cat at first glance, you’ll be surprised just how tame and cuddly it can be. 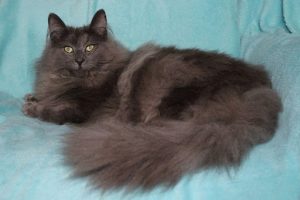 In terms of size, the Norwegian Forest Cat is quite large; people sometmes compare it to the Main Coon for that reason. They also share some luxuriant, long-haired fur. When you first lay your eyes on them, you can easily see why the Vikings chose them to be their warring companions: they have a piercing, no-nonsense stare and are fiercely loyal to boot.

Wegies take time to mature fully. This usually happens around the fifth year. Once they become adults, they can reach up to twenty-something pounds. If you’re expecting to see a timid tabby, move along: this breed has a dignity of a lion, though it’s far friendlier.

From its build and hair, you can notice right away how the Wegie managed to survive the biting winters of the Norwegian woods. It’s sturdy, muscular, long-legged, with a big, bushy tail. It’s interesting how you get the impression of a fluffy furball and a dignified warrior all at the same time. Check out https://www.petmoo.com/cats/norwegian-forest-cat/ to learn more.

The latter is partly due to its facial structures: short neck, proportionate head, and rounded ears at the tip. They have a kind of a determined gaze in their prominent, intelligent eyes. Probably stemming from their Viking days, their alertness is something to behold.

The eye color, in most cases, depends on the particular breed of the Forest Cat. Large and very expressive, they usually vary between gold and green, with all shades in between, and some white-furred cats have blue or even different-colored eyes.

Finally, the most impressive feature – the coat. The double-layer gives protection against the harshest cold, with long, dense hair on the outside and a thick undercoat. You can easily picture this majestic feline walking with its tufted paws in the Scandinavian snow without batting an eye. They come in all sorts of patterns and colors – tabby (brown and white), white, pitch-black. Nevertheless, they’re instantly recognizable once you know how to discern them.

We already said that this breed is bigger than your average cat. Wegies naturally grow to larger proportions; however, you should never overfeed them to the point of obesity. We’ve all seen those photos of overweight cats laying around the house, and though it’s funny for a second, it might pose serious health risks for your furry companion.

Before picking out the first can of cat food you find at your local supermarket, it’s good to know what’s best for this cat breed overall. Protein is always a priority, so it’s good to include fish and chicken in their regular diet.

Another vital component is the amino acid taurine: it improves the digestion, heart, vision, immune system, etc. Being an animal protein, you need to provide fresh meat to your cat to consume the necessary dose of taurine.

One great thing about Forest Cats is that they’re highly aware of their intake. If they feel that that you’re giving them too much, they might even start moving around a lot more to spend the calories. Unlike dogs, who are prone to overeating until they can hardly breathe, these cats know when to stop.

Imposing, intelligent, loyal and playful – the Norwegian Forest Cat is a fine feline specimen. You can always check out videos of users online or find one to play with in person. Chances are you’ll fall in love sooner than you think.