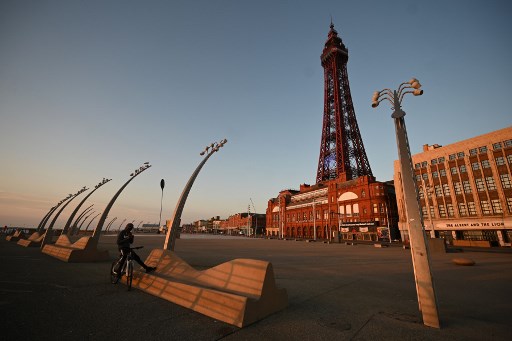 London, Jan.31 (EFE). The United Kingdom will formally request its accession to the Comprehensive and Advanced Treaty on the Trans-Pacific Partnership (CPTPP, in English), one of the largest trade agreements in the world, one year after leaving the European Union and one month after the end of the transition period.

British International Trade Secretary Liz Truss has made it clear that negotiations for the UK’s entry into the bloc will begin later this year.

Read here: Chinese investment is growing in North America, but Mexico is losing an opportunity

On Twitter, Truss said a future merger in that treaty “will help drive British jobs and an export-led recovery, providing more opportunities for trade with fast-growing Pacific nations.”

CPTPP (also known by its acronym TPP11) went into effect in December 2018 and consists of eleven countries, including Japan, the world’s third largest economy, and Chile, Mexico and Peru. It is an updated version of the TPP, signed in 2016, but that entered into a crisis as a result of US President Donald Trump’s decision to withdraw his country in 2017.

In a statement, the Ministry of International Trade praised the reduction in customs duties for the United Kingdom on food and cars and the “new opportunities” it would create in the field of technology and services.

Moreover, he emphasized that “unlike the European Union, joining the CPTPP does not require the UK to relinquish control of laws, borders or money.”

Prime Minister Boris Johnson said in the memo: “One year after our exit from the European Union, we are establishing new partnerships that will bring huge economic benefits to the British.”

See also: Interest rates remain stable at the beginning of the year

In Johnson’s view, the launch of the trans-Pacific accession process “shows the British ambition” to do business around the world and to be a “passionate champion of global free trade”.

The workers’ opposition received the news with less enthusiasm and warned that it would closely monitor the terms of any agreement, which citizens must ratify.

Labor spokeswoman Emily Thornberry asked whether the UK had the right to veto China’s eventual entry into the CPTPP and urged the government to consult the British about membership of a new trade bloc, after the five-year internal debate to leave the European Union.