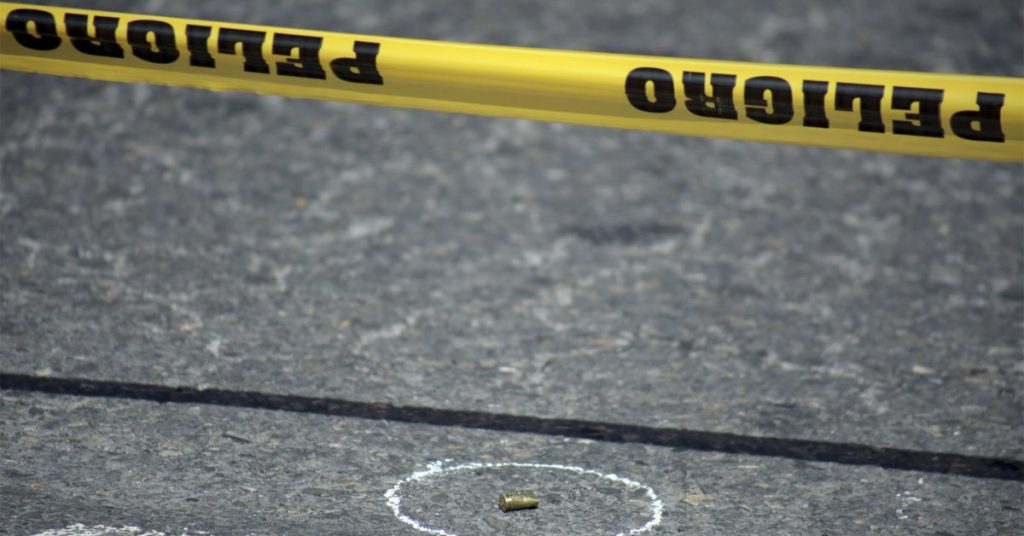 25 days after being arrested and released from prison for theft, a man decided to kill a woman who denounced him in Bogotá (Photo: Quartoscuro)

An alarming case of revenge was recorded in Bogotá on August 7. The incident concerns a man who killed a woman who had previously denounced him for committing theft in the city.

The fatal victim of the attack was identified as 56-year-old Carmen Cecilia Contreras, and, according to data collected by Blue Radio, she was engaged in the sale of Empanadas and Arepas. Apparently, the woman reported to the authorities a burglary that took place on July 13 after a man took her mobile phone.

According to the commander of the Metropolitan Police of Bogotá in the town of Los Martires, Major Diego Andres Cuconobo, Contreras lost her vital signs in the hospital where she was taken.

This person had committed theft from the lady, and because of the complaints she filed before the Public Prosecution and his arrest, he searched for her and took revenge on her and committed this act.

In front of Blue Radio’s microphones, Carmen Cecilia’s son, known as Yesid, described how the events leading up to the retaliation for the complaint to the authorities had happened. This young man said:

Because of that impotence and that rage, because he was with a noble knife, attacking him while beating down the criminal community. I trusted myself, I thought it would stay that way. Already on Saturday (August 7) ​​he came on a motorcycle with another criminal and was not about to steal, because he jumps back into the same store, my mother lives across the street, stabs her five times and my sister three times.

The police arrested the accused thanks to information provided by residents of the Santa Fe neighborhood in the center of the capital. The citizen was released from prison and after 25 days returned to the Strip to attack the complainant, and since then Yesid remembers that he saw him approaching his sister near his mother’s food outlet.

Apparently, the man initially wanted to kill Carmen’s daughter Cecilia, but the woman intervened and avoided a direct attack on the young woman, receiving all the blow and the worst part of the beating.

Major Coconobo confirmed that the assailant holds Venezuelan citizenship and has already been identified, so it is up to the nation’s attorney general’s office to go ahead with the search and arrest him, as he may be accused of femicide given that he initially tried against the woman’s daughter, who is currently recovering from his injuries. She was struck by it on Saturday in celebration of the Day of the Battle of Boyaca.

In remembrance and solidarity with the victims, the Santa neighborhood community organized by candlelight to reject that justice had released a man who had committed a crime again and ended the life of a woman known in the neighborhood as “Chilei.”

According to Yesid, the crime began because the immigrant tried to steal a cell phone in the guise of a rapist:

At that time the Lord did not harm any of us. He took a cell phone and ran away, but crashed half a block into a buggy. A policeman came out of nowhere and captured him. Days later jumped back to the same store, my mother lives across the street, and I stabbed her five times and my sister three times. He doesn’t say a word, he doesn’t say I’m going to steal them or anything

I said, take it all, what you want, but no. He would have been killed. My mother for the last time in a good deed life gave to my sister. Who was going to kill him was my sister?

The controversy continues over the “Epa Colombia” case: “Why would they deny freedom to someone who has already reconnected, repented, and created jobs?”
The government signed an agreement with Sinovac to produce vaccines in Colombia