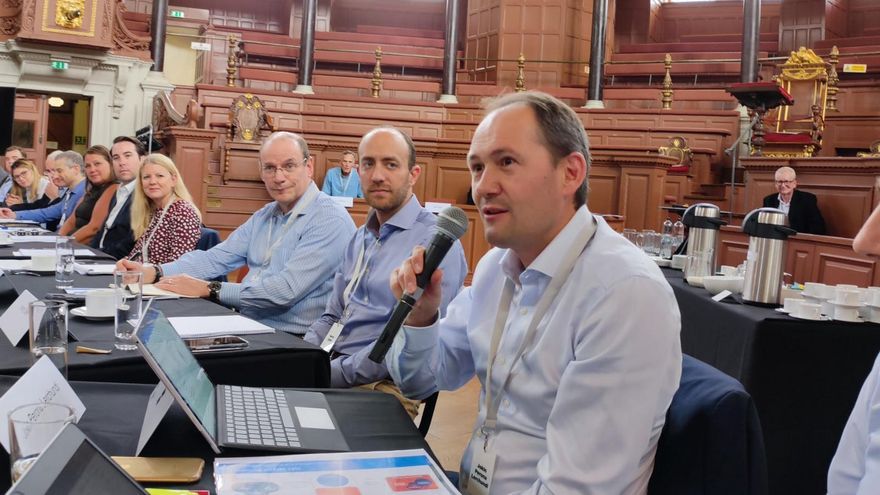 The organization of the International Symposium on the Participation of Workers in the Company, which takes place between yesterday and today at the University of Oxford, invited the District Council of Gibuzkoa to present Its tax policy aims to promote this business model as an “advanced experiment”.as I mentioned today the regional entity, which described this call as “a recognition of great importance.”

Deputy Treasury and Finance, Joaquin Perona, is leading the delegation that has traveled to the UK to participate in this forum, which, as he recalls, is “One of the most important and special events in the world” In the field of employee participation in companies. In its course, Perona revealed the financial regulations promoting this practice in Gibuzcoa that provide for a personal income tax deduction of 15% for men and 20% for women who decide to enter corporate ownership.

The incentive adds a tax credit of €6000 for men and €8000 for women. This incentive, as explained by Joaquin Perona, is set for a four-year period with annual limits of 1,500 euros for men and 2,000 euros for women. In the case of the selling party, in order to promote this model, the minimum age for making a transfer has been lowered from 65 to 60 and capital gains from sale can be exempted.

The Gipuzkoa County Council has highlighted the “interest” that this experience has received from participants with a long history in the field, and has influenced, such as United Kingdom, Denmark or Canada. Other countries such as Japan, Scotland, Australia and Wales are also represented at an event organized by the North American Society ESOP, the consulting firm Fieldfisher and the Center for Business and Poverty.

The latest data available to the Treasury of Gebuzkon, corresponding to 2020, indicates that thanks to this tax regulation, 579 people acquired a total of 87 companies in the territory with an investment of 9.5 million euros.