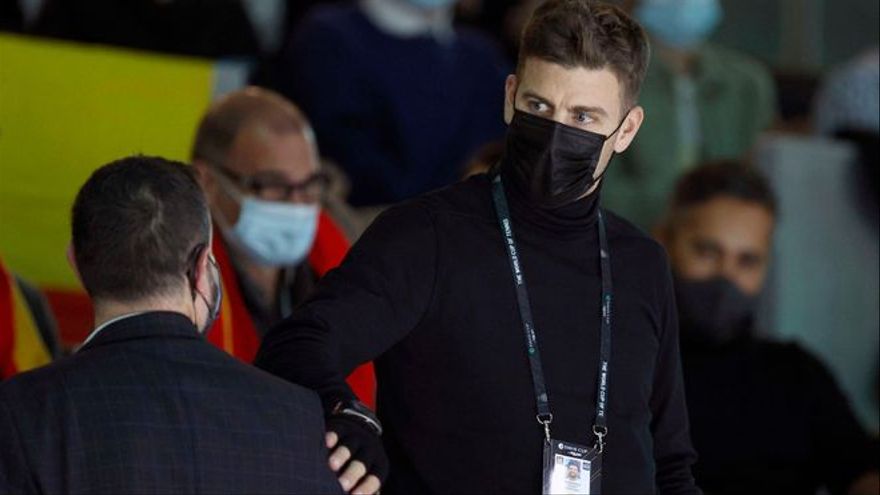 The Supreme Court agreed with the footballer Gerard Pique canceled fines to 1,457,855 and 678,012 euros imposed by the National Court upon ratification of that established by the Central Economic-Administrative Court (TEAC) when it reviewed the Tax Settlement Agreement of the Regional Inspectorate of the Special Delegation of Catalonia, for personal income tax categories for 2008, 2009 and 2010, as well as against other penalties imposed.

The Supreme Court accepts the footballer’s allegations in two respects, which will pave the way for other athletes who are in the same situation. The first was to specify it, at Pique’s request Paid contributions To Social Security or Social Security Administration entities In another country of the European Union, when it is mandatory for workers, it can be considered Expenses deductible from earned income in personal income tax.

the second question Raised, also in relation to personal income tax, consisting of determining If the returns are obtained directly, without the mediation of society, They assign their image rights to third parties which involves the development of additional activities of a personal nature by those who waive those rights, Income from movable capital or economic activities should be considered.

With regard to the first question, the High Court explained that such contributions were paid by the footballer while providing employment services to the English football team. Manchester United, to be withdrawn by the club from the footballer’s monthly payroll to meet the National Insurance, a system equivalent to our Social Security. The Supreme Court asserts that “we must understand that we, like social security contributions, are subject to legally imposed coercive obligations as a result of career development.”

The sentence states that “it is so It is normal for the essence of the tribute to deduct all expenses necessary to obtain the performance, among which it is clear that those which are compulsorily levied, such as social security contributions, must be considered, without discrimination, as in the same law, so that taxable returns are obtained, it is necessary to deduct the said expenses, among which these contributions The coercive and compulsory deriving from the provision of work performed in the UK, when it is not contested, as per country regulations, you must contribute compulsorily when providing work on behalf of others’.

The Supreme Court makes it clear that the National Court has chosen this Consider the income from the transfer of rights as income from the transferred capital, rejecting the possibility of qualifying them as income from economic activities, as the contract concluded between the football player and the entity that exploited the rights is considered void. However, the Third Chamber, as it had already ruled in relation to the other footballers, insists that each case must be presented and that the hearing was limited to Saying that “there was no order from the appellant by personal and material means” and “dispensed with further details”.

That’s when ‘the truth is that it has been proven that in the business network that revolves around the entity Kerad Projet, with interests in various sectors”, in which Piqué owns 70% and his brother is tasked with managing his image rights. It is also considered significant that “the examination conducted by the Inspectorate from 2011 to 2014, which led it to the conclusion” that income from economic activities far exceeds what is merely an exercise of the right to image”, because “it is carried out under similar contracts and in connection with the same contractors approx.

The Supreme Court lists the contracts signed by this entity, with different advertising content, and notes that “contractual obligations that go beyond the mere exercise and exploitation of image rights” have been agreed and thus constitute an activity Precise arrangement of personal media. Hence Pique’s brother is responsible for “organizing the exploitation of these rights, and materials, as the activity beyond the mere use and exploitation of the appellant’s image by third parties is required in various contracts & rdquo;.