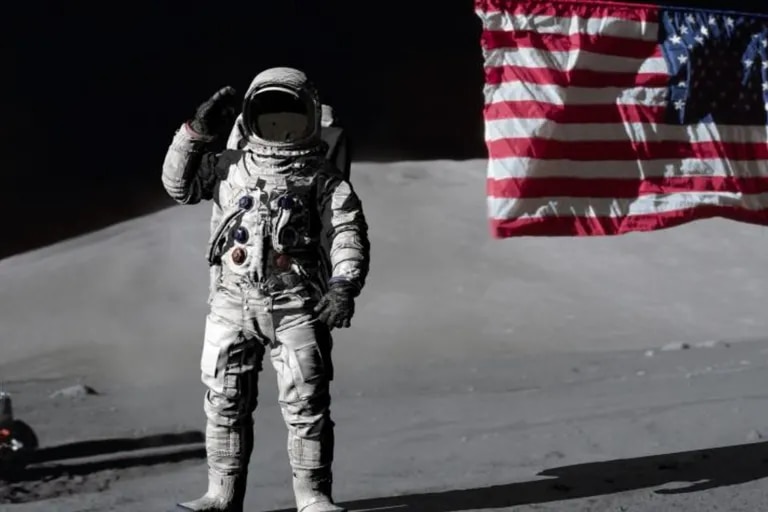 After his mission in space, Mitchell arrives, convinced of the existence of aliens and telepathy to communicate with them. He supported his theories a lot even He preferred to retire from NASAinstead of saying aliens never existed.

Astronaut Edgar Mitchell is not just another figure in the history of science, he has become a whole Major part of the Apollo 14 crew, the third of Project Apollo to land on the moon and the first to land on the lunar highlandsBeing the sixth man in the world who managed to step on the moon.

Mitchell was aboard the Apollo 14 mission as lunar module pilot at age 41, accompanied by Cmdr. Alan ShepardWho managed on February 5, 1971 and for the first time in history to reach Unknown moon terrain called “Fra Mauro Heights”, the same lunar region that the failed Apollo 13 mission failed to reach. Both astronauts They stayed on the lunar surface for 33 and a half hours.of which 9 and a half hours were spent outside the ship’s environment.

However, the feat did not end there, because Mitchell’s fame began when, upon his return from the Moon, he confirmed that he had had an epiphany During his stay in space, he returned to the planet Earth “with a bang Loneliness and connection“. From there, the American began to explain openly Theories about alien lifesomething that was not well received by NASA or the scientific community, so the astronaut preferred to spend his retirement to freely defend his ideas.

See also  Does human brain shrink due to obesity?

Moreover, in the midst of a conference of believers in extraterrestrial life called Conference X in 2009The astronaut who continued to stand up for his beliefs, He assured that the US government would have evidence confirming the existence of extraterrestrial lifeBut according to him, they were going to hide.

“We are not alone. Our destiny, in my opinion, is to become part of the planetary community. We have to be ready to go beyond our own planet and solar system to see what’s going on out there,” Mitchell said.

anyway Mitchell passed away at the age of 85.his theory about telepathy with an extraterrestrial world and the existence of alien life continues to serve Support for many believers.