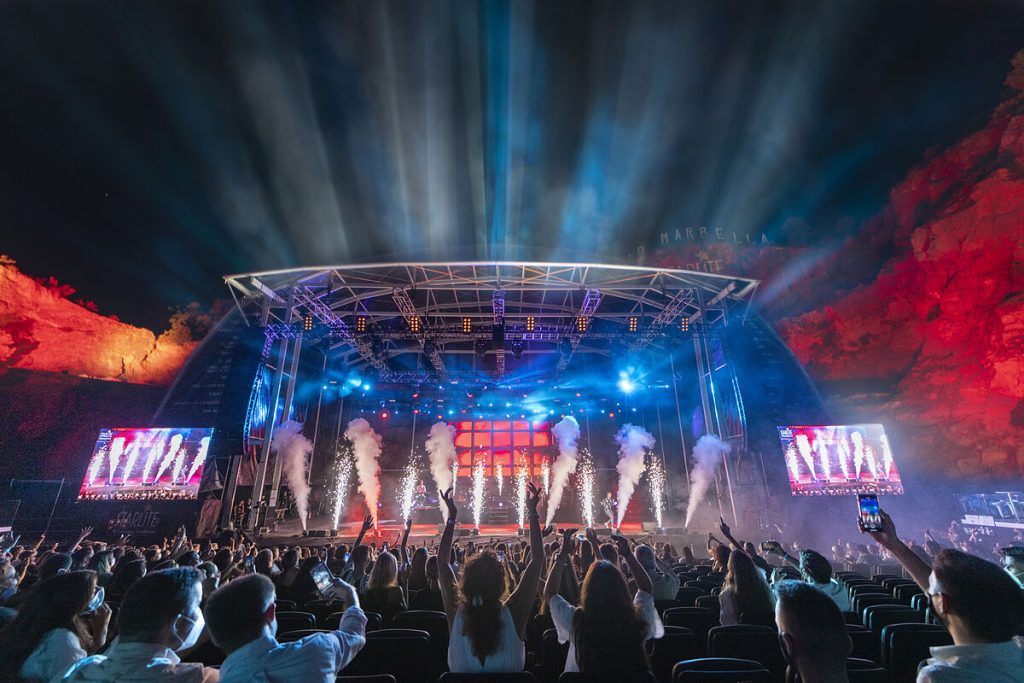 Starlite Catalana Occidente, the festival that has been providing the best music in Cantera de Nageles in Marbella (Mlaga) for eleven years, broke the attendance record in 2022 with over 362,000 people over the three months, and made an economic impact in terms of the country’s GDP of 315.5 million euros.

This comes after the report prepared by the consulting company PricewaterhouseCoopers “The Socio-Economic Impact of the Starlite Catalana Occidente 2012-2022: Revitalizing the Fate of Marbella and Boosting the Economy of Andalusia and Spain”, which was presented last Friday on the final night of the 2022 edition.

The Minister of Tourism emphasized that “Starlite is an event that generates its own legend. There are already eleven editions and we can tell that Starlite is part of the identity for the destination of Marbella, Costa del Sol and AndalusiaIn addition, he referred to this cultural segment as an ally to increase tourism income and quality.

For her part, Mayor of Marbella, Angels Moss, highlighted “the power of the Starlight Festival, which with the Marbella brand has been a huge success. Stunning economic impact on the city, Andalusia and SpainThus, he noted that this quote “must last in time”, so “We continue to work on extending the franchise beyond 2027 for a much longer period.”

Since the first edition in 2012, it has become Western Catalonia Starlight Festival It is increasing year by year in the number of attendees, concerts presented, and media, social and economic impact. In this eleventh edition held from June to September 2022, The event exceeded previous pandemic results and expectations, creating an economic impact in terms of GDP of €315.5 million.. This amount is equivalent to 1% of the annual GDP of the city of Malacca in 2019, according to what they indicated from the organization of the festival, according to Europa Press.

Likewise, it has exceeded the initial expectations of the report presented at the beginning of the festival and this year has overtaken Attendance record representing 362,000 people For three months, 68 concert nights with 88 concerts. The number of attendees has increased by nine since the first edition of the festival until this year.

Other data collected in the PricewaterhouseCoopers report indicates that Festival-goers spent €275.8 million this year It is distributed mainly in the sectors of restoration (66.4 million), housing (63.4) and transportation (60.8 million). Over 72,400 international attendees spent an average of €604.75 per daywhile the average daily expenditure for the national attendance of 289,600 is €527.

In addition, the overall annual impact in terms of employment in this eleventh edition of the festival, including the impact of the organization and attendance, was 6450 full-time jobswhich is equivalent to 1% of full-time, full-time employment in Malaga in 2019.

According to a PwC report, The total impact of the festival on the Spanish economy in its eleven editions was 1,440 million euros (in terms of GDP), of which 99 million correspond to the impact generated by the organization and the remaining 1,341 million to the impact generated by attendee expenses. Dividing the economic impact of attendance by sector, restaurants contributed 322.6 million, accommodation (308.2), transportation (295.7), retail (222.6) and activities and entertainment (191.5).

for this part, The total impact in terms of employment during the festival’s eleven years of existence in Marbella was 31,925 full-time jobs. (full-time equivalent), of which 3,812 are attributable to the organization of the festival itself and the remaining 28,113 are spent by those who attend events organized by Starlite Catalana Occidente.

If we break down the effect on employment resulting from attendance, it is noted that we note that 24.1% corresponds to accommodation, 23% to restaurants, 22.1% to the transportation sector, 16.6% to retail and the remaining 14.3% to activity and leisure.

In addition, the Starlite Catalana Occidente, which is held every year in the natural environment of the Nageles quarry, has become A major piece of Marbella’s tourist attractions. Since its first edition in 2012 including this year, the festival has received more than 1.7 million views.

According to the report, 48.3% of the audience is international, coming from 95 nationalities, highlighting the United Kingdom and Germany, the two most representative nationalities for international tourism in Marbella during the decade. Among the national tourism visiting the festival (51.7%), Andalusia stands out, followed by the Community of Madrid, Pas Vasco, the Valencian Community and Catalonia.

It should be noted in its media representation, that only through the international television program on Antena 3 “Universo Starlite, where the stars shine”, the festival reached more than 40 million homes and 96 million viewers around the world.