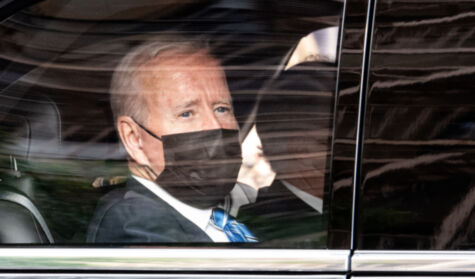 These are tough times for the President of the United States, Joe Biden. Last Sunday, the Democratic Party lost the Virginia government and struggled more than expected to hold the position of New Jersey governor, so that the first electoral test for the legislature was settled. Disastrous results for the president.

Opinion polls measuring the president’s approval also reflect the precise position that Biden is in. Although less than a year has passed since he took office, Only 42.9% of Americans support his administrationagainst 50.7% for control. By comparison, former President Donald Trump spent a year in the White House with the support of 49% of voters, a six-point increase over Biden.

The government communication strategy is to “hide” Joe Biden as much as possible. The first quarter of the year is over without any appearance The president at a press conference. After some unfortunate appearances that helped convey the idea of ​​a fragile and disjointed president, Biden once again avoided these kinds of commitments, to the point that He did not participate in any press conference From mid-August to early November.

“It’s the economy, you idiot.”

If we go further and analyze why the Democratic leader is doing poorly, we find that much of the malaise is explained by economic reasons. Bill Clinton’s advisers reiterated the importance of these issues: “It’s the economy, you idiot!” Well, in this chapter, Biden’s approval rating isn’t even 40%.

It is not surprising, then, that less and less attention is being paid to the identity agenda that the White House intends to promote and that little by little there is more and more interest in economic matters.

Basically, there are four big financial problems on the table:

The president has promised he’ll cut taxes for the middle classes, but he plans to Increasing the tax burden on companies, which will eventually hit those same middle classes, who will suffer in the form of lower wages, higher prices, etc. Secondly, Its stimulus plan includes $1.75 trillion in spending That will contribute to raising Public deficit has already reached record levels.

Liberal economists close to the Republican Party, such as Arthur B. Laver or Stephen Moore, denounced that Biden’s economic agenda could lead the United States into His worst moment since the late seventies. His colleague Larry Kudlow, who chaired the Economic Council of Advisers during the Trump administration, thinks so Biden Particularly hitting the middle classes.