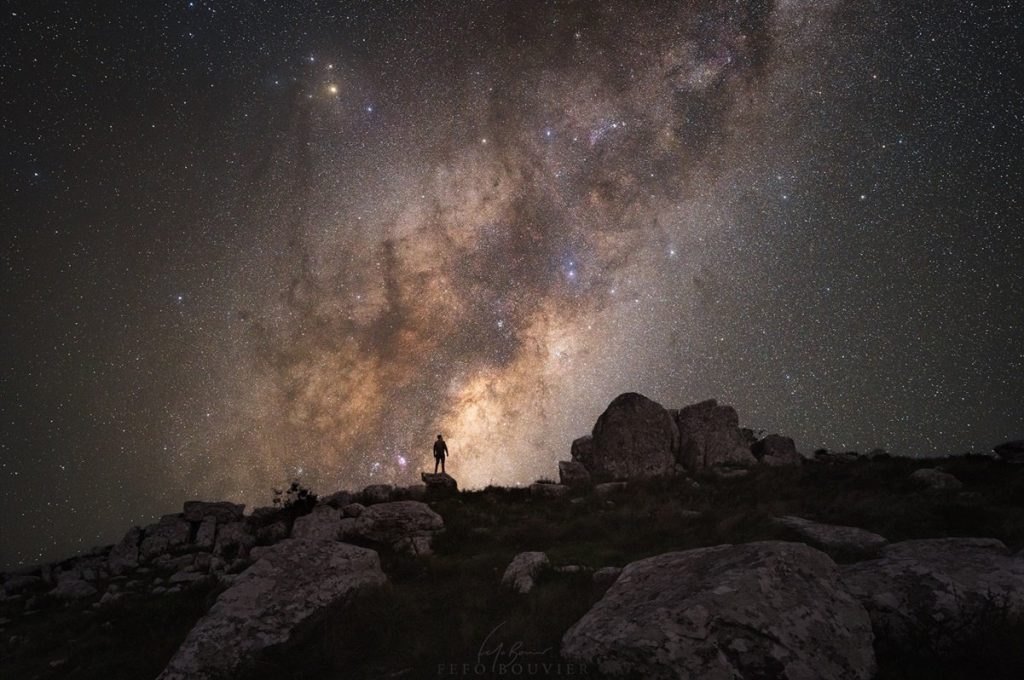 The inheritance of a grandfather who was fond of astronomy aroused young Fefo Bouvier with curiosity, who, after the first shots of planets and eclipses, found his vocation as an open sky. Astrophotógrafo And we see his work recognized by NASA today.

The sting of a curiosity bug reached adolescence in Uruguay in the form of a treasure, which, far from the treasure in the films, did not shine because of its gold ingots, but because of the crystals of its contents: binoculars, binoculars and telescopes .

These instruments were part of the collection that Bouvier’s maternal grandfather, Cesar Diaz, an optician and astronomer, kept in the family home until years later, sparked his grandson’s interest in the night sky.

Read also: The new part of the body that a group of scientists found and what is its purpose

This is how the 31-year-old Uruguayan astrophotographer tells it in an interview, stressing that despite not knowing him, he inherited from his grandfather a passion for astronomy that preceded him. relationship with Photography And I started rummaging through those tools.

Fefo Bouvier was honored, for the first time, by NASA in 2013. Photo: EFE / Fefo Bouvier

“There I began a whole study of self-learning to learn more about the sky, to write a blog to tell people about astronomical phenomena that can be seen here in Uruguay, in Southern HemisphereWhich is starting to get interesting.”

In this juvenile domino, the creation of the blog led Bouvier to want to take pictures of what was happening in the sky, and therefore, in 2010, with his first camera, he began to conduct tests.

“The phenomena that initially started to interest me were what interested them the most: eclipses of the moon or the sun as well as meteor showers,” he said, saying that learning to take pictures with the special equipment he got took “a lot of practice and a lot of patience.”

From the Uruguayan countryside to NASA

With no school other than astronomy, astrophysics and cosmology courses he taught at the Planetarium in Montevideo, the Colonia del Sacramento (West) native began to pursue more than just a hobby in photography.

This, he says, came hand in hand with early identification, because in 2013, a moon-Venus conjunction image, which he took from his home region, was chosen to be the astronomical image of the day by the National Aeronautics and Space Administration (NASA) and the United States Space Agency (NASA).

“It was an initial kick that gave me the guiding principle that I had an audience here that I could reach, because it had so many repercussions at the time and pushed me to continue,” he appreciated.

While noting that patience is key in astrophotography, because once you determine the point from which the event will be recorded, “you have to take several shots and integrate them into post-production,” Bouvier made clear he’s not entirely alone in the process. 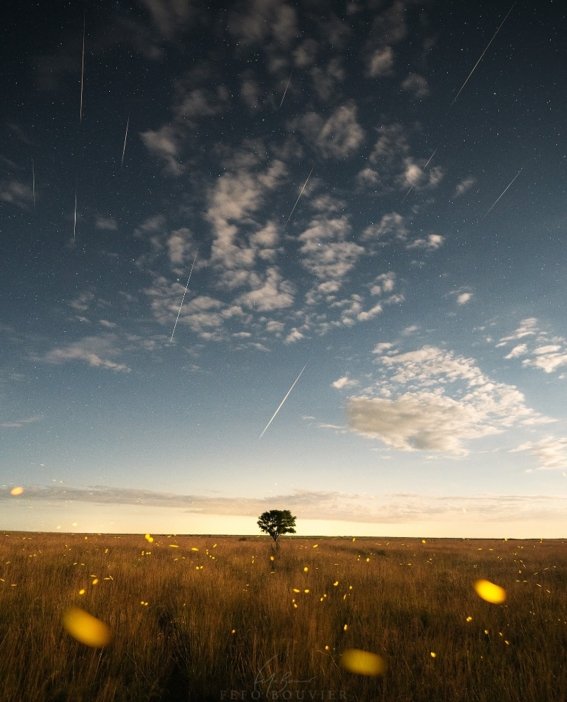 “When I started taking pictures of the sky here in Uruguay, there were two or three of us; now thanks to advances in technology, even with a high-end cell phone one can take a picture of the Milky Way, an interesting group of about 10 Uruguayan photographers working with me” .

Having once again become the author of the picture that records the annual rain of Geminid . meteorAnd From the Uruguayan countryside. Chosen by NASA on December 16, the astrophotographer detailed a key issue: which locations in Uruguay are the most visible to photograph the stars.

look at the stars

When he started filming, he says, there was no information about the best places in the country to do it, and so, he set out to create a “sort of a database” to help others.

Thus, in 2020, he created his project “Look at the Stars”, with which he spreads idyllic locations, such as Cerro de la Buena Vista, between two beautiful tourist destinations in Rocha (southeast), Vallesas and Cabo Polonio, which are located on its coast. There is hardly any electricity.

“Then we have Salto del Penitente Park, in Lavalleja (southeast), which is a very public and visited place; Cerro Catedral in Maldonado, which is the highest point in Uruguay (514 metres), with skies completely free of light pollution,” he added.

While detailing that it is based on the Portel Scale, which measures the degree of light pollution, Bouvier calls for awareness to be raised about protecting these landscapes and sees new opportunities on the horizon, such as helping to promote “astrotourism.”