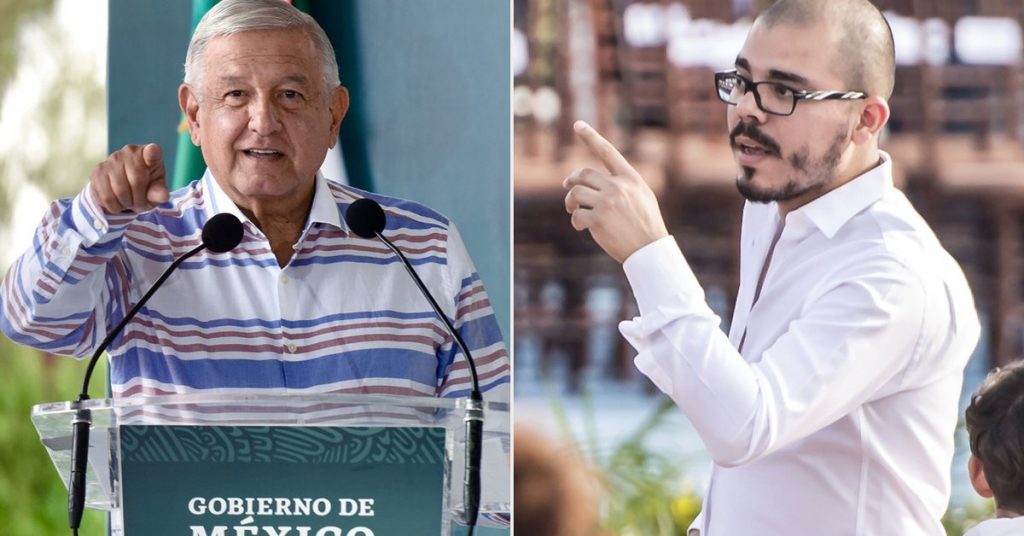 Juan Carlos Ortega Murillo, son of the President of NicaraguaDaniel Ortega He described the president of Mexico as a “coward”.Andres Manuel Lopez Obrador After expressing concern about the repression experienced by the country.

Through your Twitter account, son of the president of Nicaragua Daniel Ortega and Vice President Rosario Murillo He wrote that history does not allow anyone to become a coward, referring to statements made by AMLO a few days ago.

“Oh, Andres… @lopezobrador_ History does not allow us this luxury of cheese. Assume yourself, my brother,” he posted on his social network.

The son of Nicaraguan President Daniel Ortega and Vice President Rosario Murillo wrote that history does not allow anyone to become a coward (Image: Twitter screenshot/@JC_OrtMu)

His tweet provoked several reactions, including what the Undersecretary of State for Latin American and Caribbean Affairs said, Maximiliano Reyes Zúñiga, who commented that courage will always be on the side of freedom And cheese besides repression.

“Courage has always been on the side of freedom, Cheese is the ally of repression, he answered.

It should be noted that Juan Carlos Ortega used the social network to launch attacks on opponents And those who criticize their parents’ regime.

His tweet elicited many reactions, among them Undersecretary of State, Maximiliano Reyes Zuniga, (Photo: screenshot from Twitter / @maximilianoreyz)

AMLO and the conflict in Nicaragua

President of Nicaragua Daniel Ortega, seeking re-election for a fifth term, Since his return to power in 2007. Five months before the elections, Nicaraguan police arrested journalist and ambitious president Miguel Mora on terrorism charges.

See also  Why is Europe once again the epicenter of the epidemic, according to the World Health Organization?

like him , At least 21 people considered dissidents have been arrested In the framework of the Nicaraguan elections on November 7.

So, on June 21, governments Mexico and Argentina invited their ambassadors for consultations To learn more about the political crisis in the country.

Through a joint statement, Both countries expressed concern about the events in Nicaragua. In particular with regard to the arrest of political opposition figures, “their review will contribute to the obtaining of appropriate international recognition and accompaniment to the Nicaraguan electoral process.”

We have witnessed, in many countries of the region, unacceptable instances of political persecution. We reject this behaviour“They announced.

What is more, They expressed their disagreement with the countries thatFar from supporting the natural development of democratic institutions, They put aside the principle of non-interference in internal affairs“Dear to our history.”

On June 25, the Mexican president spoke out against repression and imprisonment in Nicaragua (EFE/Mario Guzmán/Archivo)

“We express our full readiness for constructive cooperation. We are convinced that the Nicaraguans themselves will overcome this situation, Preserve peaceful coexistencedivision of powers, respect for minorities, constitutional guarantees and, in general, Full respect for all human rights‘, they finished.

Also, on June 25 Mexican President Speaks Against Repression and Imprisonment in Nicaragua and Colombia, where he stated that the people should be given freedom to decide in elections.

During his morning conference at the National Palace, Lopez Obrador emphasized that in terms of defending human rights “we can express our opinion in a very respectful way.”

We believe in ensuring freedoms and not repression. Neither in Nicaragua, nor in Colombia, nor in any country in the world you should choose force, because nothing is by force, It’s all for reason and right, not prison, that people freely decide elections“he added.

The federal president indicated that he hopes “everything will be resolved peacefully and” in Nicaragua, Colombia and Peru. To form free democratic governments with sufficient legitimacy and legitimacyWhatever the direction.”

Nicaragua: The Ortega regime does not allow political prisoners to receive their lawyers or visits from relatives
The Inter-American Commission on Human Rights condemned the “severe suffocation of the exercise of civil and political liberties” in Nicaragua
Nicaragua: Daniel Ortega’s brother has also demanded the release of political prisoners