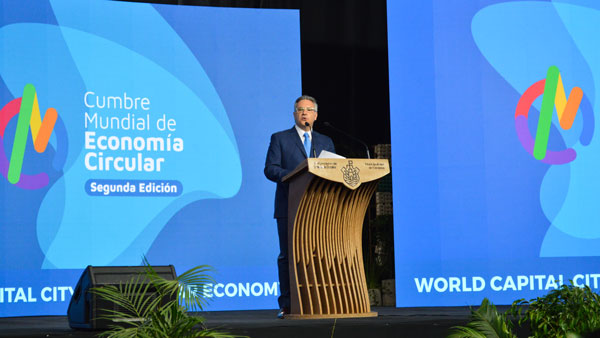 With the registration of more than 25,000 people, the second World Summit on the Circular Economy began yesterday, which took place in the Convention Center of the Cordoba Exhibition Complex. The purpose of the summit is to promote a paradigm shift towards a circular economy to promote a sustainable economy in the region.

The event started with a first panel on global perspectives on circular transformation. Jorge Foloni, Secretary of Environmental Management and Sustainability, Municipality of Córdoba; Carolina Kos, Mayor of Montevideo, Uruguay, who recounted the experience of urban solid waste management in this city, said that the work of waste discrimination factories and the contribution of recycling cooperatives is essential to generate less pollution and increase quality jobs.

Nick Hurd, a former minister in the UK government, who highlighted the need for circular economy laws to access new markets also shared; and Vanessa Esslinger, Coordinator of UN Environment’s Circular Economy Alliance, who stressed that public policies must be a tool for capturing a surmountable vision by finding new paths of development.

beacon to the world. The Mayor of Córdoba, Martín Larriora, was responsible for the opening of the event and described the summit as a historic event for the defense of our planet. “It is a cry of hope that we give to the world regarding our future. It is a beacon as more and more governments and citizens refer us to think of an economic and sustainable organization to improve the quality of life for all,” said the mayor.

Lariora considered that the Summit offers the possibility to share knowledge, ideas and experiences to become better people, while reaffirming the commitment to generate sustainable actions to protect our planet.

See also  3 possible candidates for the new Governor of Banxico 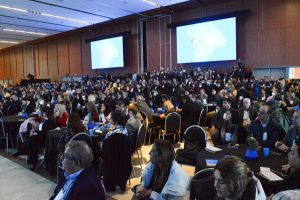 In the afternoon, the mayor toured the exhibition and learned about the aspects related to electric and sustainable mobility, presented by EPEC. Llaryora, accompanied by a large part of the regional cabinet, listened carefully to the details about the electric vehicles on the platform set up by the regional energy company.

Enzo Craveiro, President of BioCórdoba noted, “This summit brings together many people who are thinking about how to change the world. We see a great exhibition of car companies that stop using oil and gasoline for cars. Machines that transform waste and turn it into raw material, an idea where ideas are generated new environment and much more.”

Circular challenges. One of the morning’s presentations was given by Gunter Pauli, a global leader in the circular economy and an entrepreneur dedicated to transforming business models. The concept of a circular economy must be renewable, and we cannot continue to affect the environment. He said reducing pollution is a pollutant and cannot be done.
In the afternoon Peter Heck, CEO of the Institute for Applied Materials Flow Management (IfaS), spoke from Germany. Heck pointed out that you can’t talk about global climate change without talking about money.

Then Evelyn Lemke, a former German politician and founder of Thinking Circular, spoke, stressing that governments should be the first to implement a circular economy, including community leaders and role models.

Among the recent commissions was Maximiliano Ugarte, Undersecretary of the Chilean Ministry of Environment, who said that a circular road map had been drawn up in his country with various goals and the Organic Waste Law for Municipalities, among other achievements.

Meanwhile, Claudia Andrade Rodriguez, Director of the National Program for Comprehensive Solid Waste Management in relation to the comprehensive management of solid waste, pointed out the importance of having a comprehensive circular economy law in Ecuador.

Next, biologist Sergio Fedrovsky, the nation’s deputy environment minister, introduced last year’s bill on packaging with a proposal for an expanded Producer Responsibility Act and highlighted the importance of progress in this regard for progress toward sustainability.

The closing session addressed the challenge of production for sustainable development and the role of companies as agents of circular transformation. 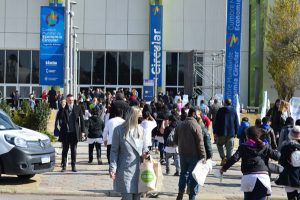 Sergio Menzor, Minister of Biofuels and Renewable Energies in the Government of Córdoba indicated that the promotion of biofuels, renewable energies and the circular economy is part of the public policy. He suggested that “laws should be reduced to the territory based on regional variables”.

The final session in the afternoon addressed the issue of city circularity led by Victoria Flores of COyS, Julio Banuelos of CORMECOR, Jorge Foloni, Minister of Environmental Management and Sustainability, Guillermo Diaz Cornejo of IPA, and Natalia Quiñones, Interim Chairperson. deliberation board.