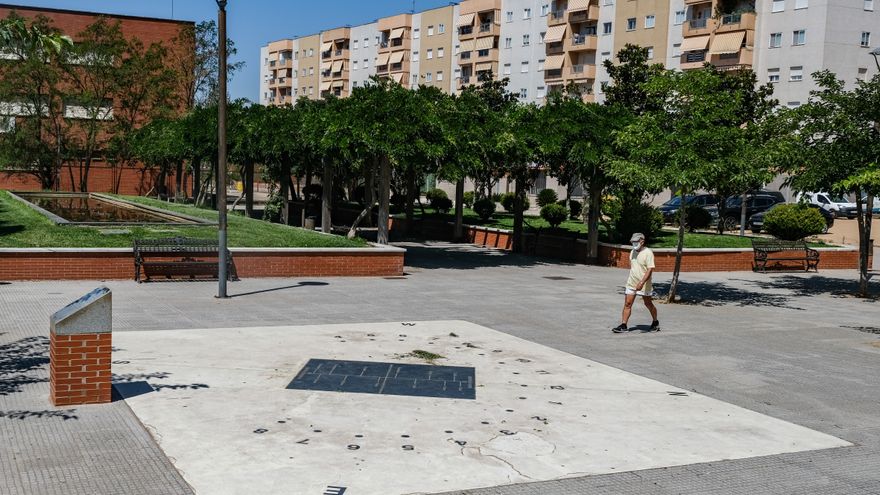 A sundial in the Bioclimatic Park, one of those that would integrate the route through the city.
S. GARCÍA

Little by little, without rushing, despite the many stops. The Extremadura Museum of Science and Technology in Badajoz has already received contributions from the City Council and the Provincial Council, which were pending, so that it can document itself with the founding fundThis was also confirmed by Alfredo Alvarez, one of the members of the commission for the creation of this museum. In addition, the institution consists of the Royal Economic Society of Friends of the Country, in whose bosom was born, together with Caja Rural de Extremadura, Juvenex and the University of Extremadura (Uex), which has already placed its parts, the last two in terms of materials.

The project, which dates back more than 20 years, was banned because last year’s spending law prevented both the council and the city council from making their contribution, of €4,000 each. Once the foundation’s funds are available, the next step is the notarial deed that the six trustees must sign. From there, the Board of Trustees must meet to appoint the Director, who will design the activities in accordance with the statute, as well as a Director, and decide the means that the Museum will provide for its operation, and which they will have to undertake the acquisition of external sponsors and the transition to the already planned calls for assistance, from public and private entities . The foundation fund cannot be used for business. Alfredo Alvarez notes that there were companies that showed interest at the time, such as Endesa and Preving Consulting.

The Extremadura Museum of Science and Technology is designed in three dimensions: a physical space as an administrative space and an exhibition space, a virtual space, and the city as a museum space. The seat is still pending and will have to be discussed at the first meeting after the constitution. Alfredo Alvarez and Lorenzo Blanco have requested spaces from different administrations, but so far neither has taken a step forward. The problem is that it has been a long time since “all sides meet” to bring up the issue.

There are many projects. It was not possible to conduct the first visual presentations. Among those who are planning a meeting in Badajoz for research groups to introduce their work. Another viable initiative, according to Alvarez, given that it has the support of Fundecyt and the Regional Archaeological Museum, is an international competition on the mathematical description of capitals. This project highlights Alvarez, who focuses in particular on the defense that “culture is everything, and culture cannot be spoken without humanity, without science and technology, and this project also highlights” the roots of the human cultural subject with the scientific subject”.

In the section of the routes that the museum wants to organize in the city, and which it will think of as a museum space, scientific trails of geometric figures and sundials are planned, which are already in different parts of Badajoz, as in the Bioclimatic Park and in front of the Santa Ana Monastery, among others .

At this stage, the promoters ask for approval of the physical headquarters of the future museum and special funds for operation and maintenance as soon as possible. Alfredo Alvarez notes that he will need staff to take care of the museum’s virtual display, offering visitors experiences online and allowing them to answer questions, as in the museum in Granada. It will include content such as lectures and presentations that can be maintained permanently.

At that time, the possibility of rehabilitating the lighting plant was also raised, which could become a power plant and interpretation center, where there are final grade projects.