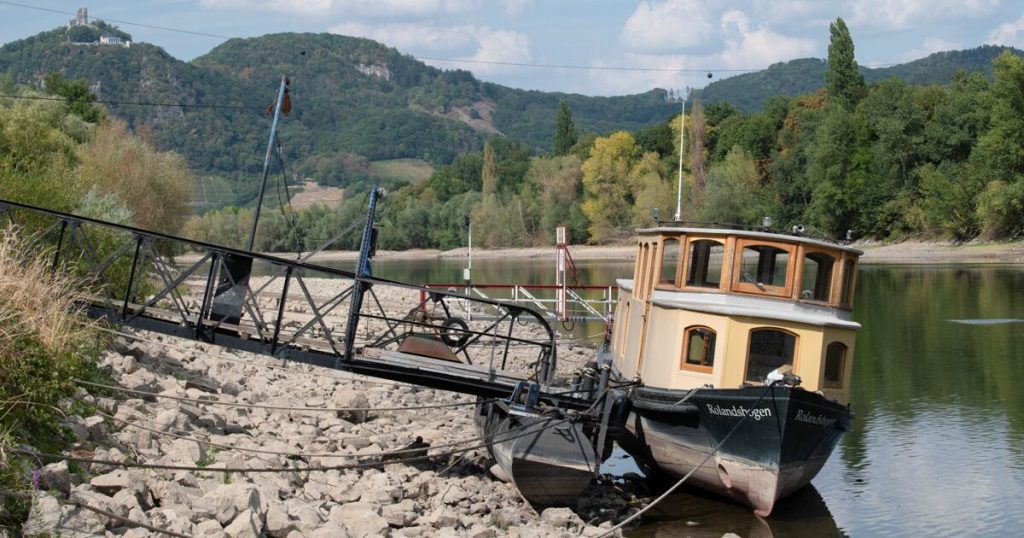 The Loire Valley – a UNESCO World Heritage site famous for its majestic castles like Chambord, Chenonceau and Azze-le-Rideau – has experienced historically low water levels before, but this year’s drought should be a wake-up call, according to Eric Suquet.

“The tributaries of the Loire are completely dry. It’s something unprecedented,” said Suquet, head of hydrology at the National Institute of Agriculture, Food and the Environment (INRAE). “We have to worry about the Loire.”

For fish, low water levels are disastrous. Shallow water loses oxygen as its temperature rises, making it easy prey for herons and other predators.

“Fishes need water to live, and fresh water,” Suquet said. “When water levels drop to this low, their environment shrinks and they become trapped in ponds.”

The river’s flow is about 40 cubic meters per second, two twentieth less than average annual levels. It would be even less if the authorities did not release water from the Nausack and Vilrest dams, which were built in the 1980s in part to ensure cooling water was supplied to four nuclear power plants built along the river.

The total capacity of the four plants, located in Belleville, Chinon, Dampierre and Saint Laurent, is 11.6 gigawatts, which is nearly a fifth of France’s electricity production.

With many EDF stations already out of service for technical reasons and others operating at reduced capacity due to low river water levels, closing one or more Loire stations could drive up electricity prices across Europe.

With information from Agence France-Presse and Reuters

See also  The United States fears Putin has nothing to lose