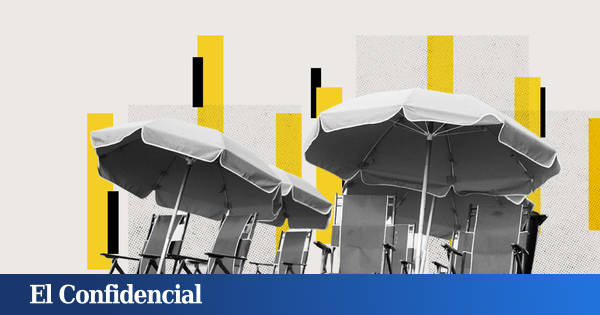 The recovery is already underway thanks to the advancement of vaccines, and if the epidemic does not take a new hit, Spain will experience the highest growth rate in its recent history in the coming quarters. Domestic consumption has already begun to recover, thanks to the easing of restrictions. Throughout April, consumption using national credit cards was 1% higher than consumption that would have occurred in April 2020 without a pandemic, that is, considering the growth recorded even before the outbreak of the Coronavirus. And in the first week of May, consumption was already 9% higher, according to CaixaBank records.

This data includes credit and debit card purchases as well as ATM cash withdrawals, which means that it is not amplified by the effect of exchanging physical funds with the cards. This figure shows that recovery in domestic demand is already underway. Spending on entertainment and food by Spaniards in the first week of May was 0.7% higher than pre-epidemic levels and retail consumption was 9.6% higher. In addition, the number of institutions without invoices, i.e. temporarily closed, decreased to 3.8% compared to 9.1% in the worst weeks of the third wave.

Once again, the lifting of restrictions has spurred the recovery again, indicating that there is still no serious structural damage to the state of economic agents, neither financially nor in terms of confidence. The savings have been imposed from all these epidemic months due to the restrictions, so they have been growing rapidly since the restrictions began to be lifted. And that there was still no data available on consumption after the alert status had ended.

However, regardless of the scale of domestic demand growth, Spain will not be able to restore activity levels until international tourism is revitalized. And this is still overwhelming. In the first three months of the year, foreign tourist spending in Spain was still 92% below 2020 levels without a pandemic. For a country that receives more than 70 billion euros a year in international currency thanks to tourism, this collapse means a loss of more than 65 billion euros. As a comparison, this amount is roughly the sum of the entire VAT in a normal year.

Tourism continues to collapse in the second quarter of the year and the recovery is expected not to start intensively until the third quarter. The main reason that generates optimism is that the income of families in the sending countries of travelers to Spain, especially the United Kingdom, Germany and France, has grown during the epidemic, which means that their financial situation is so comfortable that they recover quickly. Its natural consumption. The pessimistic point is clearly the uncertainty about the health recovery.

At the moment, there is no certainty about a revitalization of tourism, but advances in vaccination and plans to install a healthy passport invite us to consider a certain recovery in travelers’ arrivals from July. The Bank of Spain estimates that tourism exports throughout the year will be 39% of those in 2019. If one takes into account that the first half of the year is almost lost (with a drop of nearly 90%), the Bank of England expects to point to a strong recovery in Second half of the year. So intense that it will generate 25,000 million of income.

When compared to the same months of the previous year, it means a growth in tourism income of 250%. The good news is that the vaccination campaign has accelerated more than expected in recent days, whether in Spain or in Europe, and it is carrying out central purchases, so that the recovery is more intense than it was in the BdE scenario. The optimistic scenario indicates that in 2021, 48.4% of pre-pandemic tourism exports could be reached. This means an intense recovery in the second half of the year that will generate income of 31,000 million euros, a figure that will surpass epidemic records by 350%.

These growth numbers are quite anomalous and startling, but they are the result of the crash triggered by the big lockdown and expectations for a strong recovery. The entry of 25 billion euros from international tourism will generate a strong direct and indirect economic stimulus. In comparison, Spain has spent around 30,000 million euros in all ERTEs for 2020. The tourism revenues will be nearly as intense as the concentration of all ERTEs also in six months.

What is going on in the world?

When the pandemic reached the West, projections indicated a short-lived crisis that could be quickly overcome, possibly within a few months. However, the future holds great disappointment: a deep and protracted crisis that will last more than a year. At that time, expectations changed and assumptions began about the effects of retardation, that is, a structural blow to productive activity and demand that would delay the recovery for several years.

In recent weeks, data has begun to arrive at how the economy will recover in the countries that have made progress in the vaccination process, especially Israel and the United States. In Israel, the Consumer Confidence Index prepared by the Bank of Israel moved from approaching the lowest levels of the epidemic in October, during the second wave, to the highest level in its history in April. In fact, Coronavirus has become the second source of uncertainty in the country, bypassing the delicate internal situation and the attack on Gaza.

At the mid-April meeting of the Bank of Israel, the governor of the Bank, Amir Yaron, indicated that the country’s economic recovery is taking place “quickly” once the vaccines allow restrictions to be eased. The governor pointed out that the main economic indicators in March recorded their highest level since the beginning of the crisis and focused in particular on the “noticeable increase in activity” in the sectors most affected by the restrictions. Especially tourism, entertainment and transportation. Good news for Spain.

See also  Why do Haitians leave Chile for the United States?

In the United States, between March and April, just over 1 million non-farm jobs were created, a number that triples the employment growth recorded in the same months of 2019. This job creation is the result of a strong recovery in business prospects. The best indicator to gauge its position is the PMI (Corporate Purchasing Managers’ Survey) which rose in April to an all-time high of 62.2 points. The companies’ concern is no longer the pandemic, but supply chain problems and even the job offer.

The BBC reported that several companies have reported problems finding qualified workers. Data from the National Federation of Independent Business indicates that around 40% of employers face problems filling in vacancies. A number that shows how fast the recovery is. Optimism is also reaching families and is reflected in data on new home sales, which is growing at the fastest rate in nearly 15 years, since the housing bubble.

Lifting restrictions thanks to vaccines creates an atmosphere of optimism that overcomes initial doubts about a cure. A big reason for hope in Europe now is that vaccination is already making good progress.