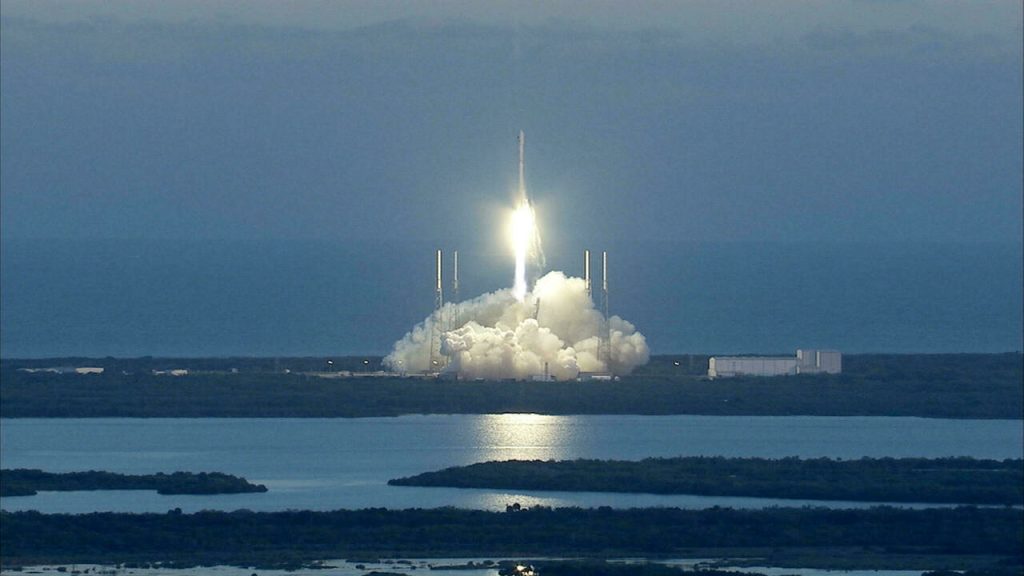 Washington (AFP) – The second stage of a SpaceX rocket that launched seven years ago will crash onto the lunar surface in March, according to astronomers who have recalculated the trajectory of this structure left floating in space.

The rocket was used in 2015 to put a climate monitoring satellite on Earth, the Deep Space Climate Observatory (DSCOVR), into orbit.

The astronomer who discovered the new path, Bill Gray, told AFP on Wednesday that the second stage used to propel it floated in the universe in an orbit that mathematicians called “chaos”.

The object passed close to the moon in early January, changing its orbit, explained this person in charge of the Pluto Project, a program that allows calculating the paths of asteroids and other objects, which is used by NASA-funded observational programs.

A week later, the expert was able to observe the remnants of the rocket again only to realize that it would crash into the hidden face of the moon on March 4.

After launching a call to the community of amateur astronomers to make new observations, the data was confirmed.

The device will hit the lunar surface at a speed of more than 9000 km / h.

The exact time and place in minutes and kilometers can still change due to the effect of sunlight on this hollow cylinder, which is difficult to predict.

The rocket stage will be viewable again in early February and the estimate will be revised. But the collision is certain.

“I’ve been tracking space debris like this for about 15 years, and this is the first unintended impact on the lunar surface” to be detected, he said.

According to astronomer Jonathan McDowell, similar effects may have occurred in the past without our knowledge.

Existing observations have not made it possible to locate all of them. He estimated that “it is possible that some have accidentally hit the moon”.

Next March, the crash of this four-ton object will no longer be visible from Earth when it occurs.

But it should cause a crater that scientists can later observe, notably by NASA’s Lunar Reconnaissance Orbiter (LRO) or Indian Chandrayaan-2, shedding new light on lunar geology.

Spacecraft have been deliberately launched to the Moon in the past for scientific purposes.

In 2009, NASA launched a second rocket stage with the goal of impacting an area near the South Pole to study the presence of water.

However, these unplanned lunar effects could multiply in the future, according to Bill Gray, especially because of the things US and Chinese lunar programs will leave in their way. The United States wants to build a station in orbit around the Moon.

These events “will start to become problematic when there is more traffic,” Jonathan McDowell said. Today, the expert recalls, “It is no one’s business to follow the path of the debris we leave in deep space.” It’s time to start organizing it.”

SpaceX did not immediately respond to an AFP request for comment.

Elon Musk’s company is currently developing a probe that would allow NASA to return Americans to the Moon by 2025 at the earliest.