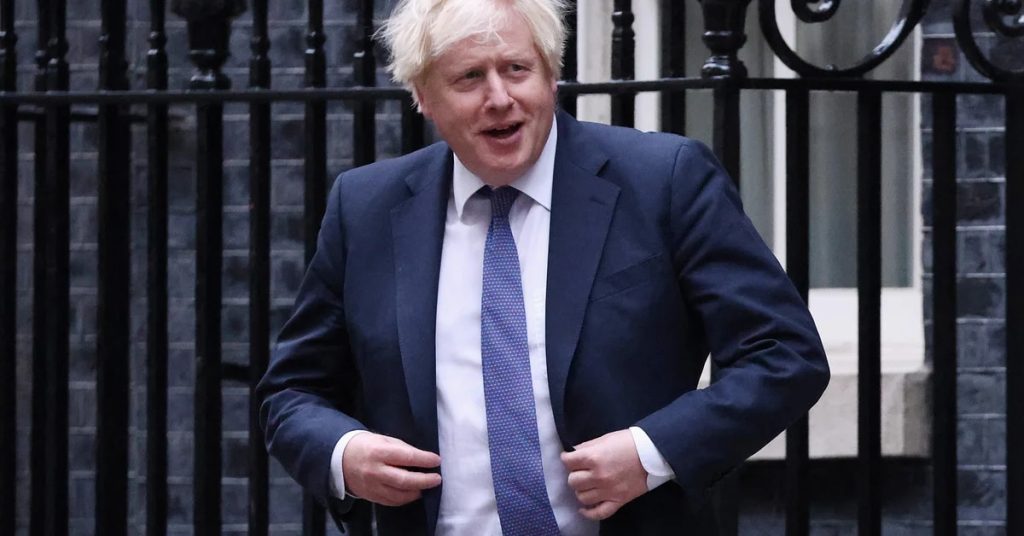 Inquiry into ‘Partygate’, the party scandal held in Downing Street during the pandemic, has been expanded to include Social events in the apartment that British Prime Minister Boris Johnson shares with his wife, Carrie Johnson, reports this Sunday newspaper Sunday times.

According to the newspaper, the official in charge of the investigation received Sue Gray Evidence that two friends of Carrie Johnson, known as Henry Newman and Josh Grimstone, visited the couple’s apartmentlocated in Downing Street, Several times during closing that were in effect in the country in 2020 to contain COVID-19.

Those visits were for business, according to the explanation given regarding those appointments, despite the fact that the visitors were working in another government building and not in Downing Street, Johnson’s residence and office.

Johnson’s former adviser, Dominic Cummings, went so far as to claim there was a “party” at Johnson’s apartment on November 13, 2020, the night he lost his job as counsel.

A government source told Sunday times who – which Gray has broadened her investigation, but will be willing to accept the explanation she received about Newman and Grimston.

Gray is expected to publish the results of the Partigate investigation in the coming days.

Several Conservative MPs have expressed their dissatisfaction with Johnson’s leadership in the scandal and are willing to send letters to the 1922 Committee, which brings together “Tory” MPs without portfolio, to demand an internal process to decide whether or not the Prime Minister will continue. At the head of the formation and the executive branch.

The said committee must receive 54 letters from deputies so that the internal process can proceed.

Although he apologized last week for the photo it may have given at a time when 67 million Britons were unable to see their family and friends, and in some cases could not even say goodbye to their dead, the prime minister denied he had broken any rule.

He asked everyone to wait for the results of the internal investigation, which may be issued next week.

Another concern for the government is the complaint published on Sunday by a Conservative MP who claimed she was removed from her ministerial position at the start of 2020 because she was a Muslim.

Nusrat Ghani, 49, was the minister of state for transportation, but was replaced in a government reshuffle made by Johnson in 2020, according to the Sunday times.

According to Ghani, a party parliamentary discipline officer told her that some colleagues felt uncomfortable that she was a Muslim, a point made at a meeting at Johnson’s headquarters.

“I felt humiliated and helplessThe deputy said in a statement published on Sunday. Ghani admitted that he decided not to say anything about the situation after receiving a warning that his career and reputation would be destroyed if he talked about it.