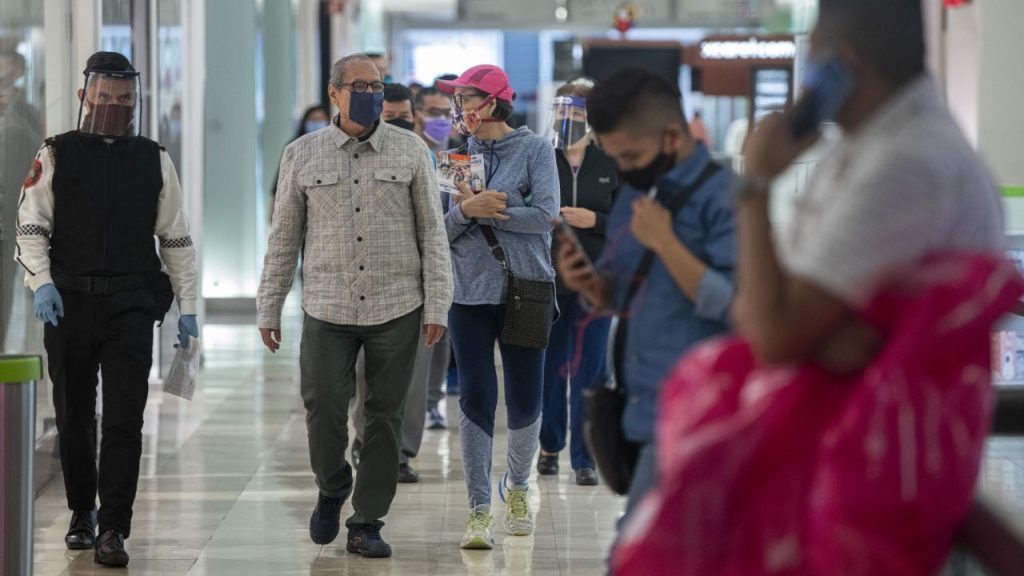 MEXICO CITY (apro). The Organization for Economic Co-operation and Development (OECD) forecast lower growth for Mexico in the medium term, according to its Advanced Composite Index (CLI, for short).

CLI is a cyclical scenario designed to project fluctuations in economic activity over the next six to nine months prepared by the international organization for both member states and the region as a whole, taking into account indicators of confidence, building permits, long-term interest rates, and new car registrations, among others.

It has a threshold of 100 points, which at its higher level indicates economic growth, by contrast, below this degree indicates a recession.

The latest data indicates that the peak of growth after the economic recession of 2020 has already passed in several important economies, such as in Mexico.

During June, July, August and September 2021, the CLI of our country was 102.2 units, which means the highest peak after the epidemic. However, October’s CLI fell to 101.8; in nov 101.7; While in December, the most recent data from the Organization for Economic Co-operation and Development, it was rated at 101.6.

In other words, although Mexico keeps growing, it is doing so at a slower pace.

According to the Organization for Economic Co-operation and Development, this behavior is also typical of other emerging economies.

Russia’s CLI continues to rise, although signs of moderate growth are emerging.

In the case of China, (manufacturing sector) said the index continues to indicate a loss of momentum and has now fallen below the long-term trend. In India, CLI indicators continue to expect stable growth, while in Brazil the indicator now indicates a sharp slowdown in growth.

See also  The world's largest trade deal goes into effect in January: the US won't be a party

Ongoing uncertainties from the ongoing COVID-19 pandemic, and in particular from the impact of the Omicron variable on recent monthly indices, may result in higher than normal volatility in CLI and its components.

As such, the CLI should be interpreted with caution at this time and its size should be viewed as an indicator of signal strength, rather than an accurate measure of expected growth in economic activity.

On the other hand, among the major OECD economies, a decrease in momentum is observed in the latest CLIs for Canada, Germany, Italy and the United Kingdom.

In Japan and the eurozone as a whole, CLI indicators indicate stable growth, although the peak of the indicators has also passed.

While in the US, the CLI index also indicates stable growth, although the level of the CLI is now below its long-term trend.