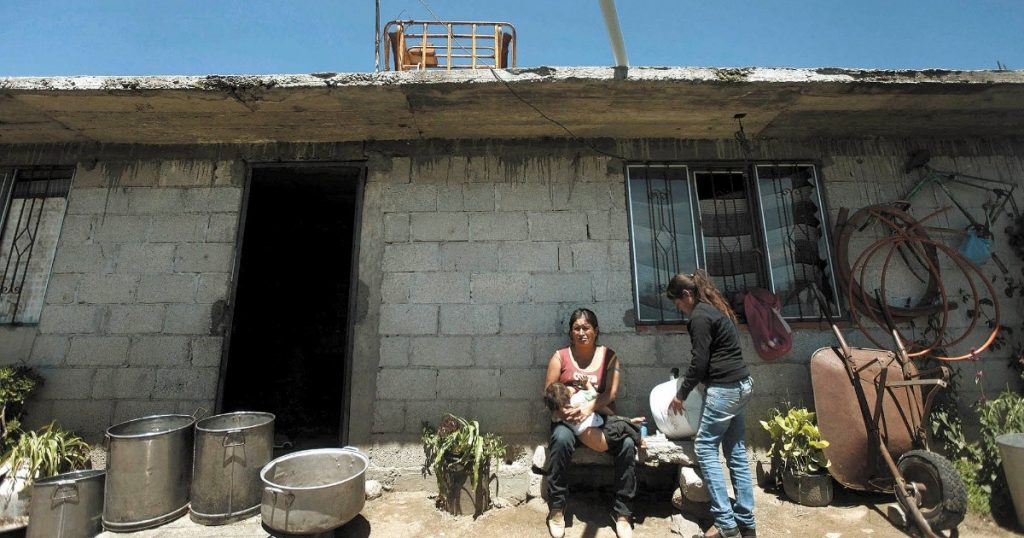 Is AMLO really satisfied with the economic results of his government? The economy is smaller than it was in 2018. That big pie called GDP will not regain the size it was on the day it was launched until 2023. If we talk about GDP per capita, the statistics do not bring better prospects: a level that will recover 2018 to 2029, according to projections by the Economic Commission for Latin America and the Caribbean.

We are halfway to a lost decade. The question is whether the president knows this and makes an effort to appear optimistic or, on the contrary, ignores it and is convinced that his economic policy is the best and is paying off. At the start of his six-year term, he called us to go beyond traditional economic indicators to assess the results of economic policy.

The Konival report allowed us to see the social indicators window. It shows us that poor economic performance has a human face: the number of people living in poverty has risen from 51.9 million to 55.7 million.

Is 2021 a year of recovery or recovery? Words are important and you have to understand the difference. In economic statistics, recovery is the inertial response after a sharp decline. Even a dead cat bounces off the ground if it falls from a sufficient height. Recovery means signs of life. After a drop of 8.5%, it’s normal for positive numbers to come in for a year, but less than 5% we are in retracement territory. For Mexico, the expert consensus places GDP at around 6 percent. This is due to the progress of vaccination campaigns. To the reopening of businesses and the normalization of some activities … to the strength of the recovery of the United States, which is our main trading partner and much more.

The Mexican economy has been dragged by the United States’ economy through the pandemic. Here there were no tax programs to support distressed companies or people who lost their jobs. What happened is that a portion of the resources the United States used in the revitalization programs arrived, first with Trump and later with Biden. There are more than 12 million Mexicans living in the United States. Two-thirds of our GDP is related to exports or imports. The offshore sector was the lifeblood of the Mexican economy.

Exports and remittances have been reliable drivers in these dark months. They served a lot, but they weren’t enough because it was a giant crunch. Inboard engines shut down in 2020 and won’t end in launch in 2021: retail sales fell in two of the three months of the second quarter; Public investment is at its lowest levels for more than three decades, and private investment is below the six-year average levels in Calderon or Peña Nieto.

How well is Mexico doing compared to the world? Global GDP will grow by 6% in 2021 and 4.9% in 202, according to the International Monetary Fund. The US will grow by 7% in 2021 and 4.2% in 2022. In Latin America, Mexico will have the ninth highest growth rate within the region with the worst economic performance in the world. Here, there are eight countries that will grow the most. The leader is Guyana, which is expected to reach 16% in 2021 and more than 30% in 2022. It is followed by Panama, Peru, Chile, Dominican Republic, Argentina, El Salvador and Colombia. Each of them will grow above 7.5% in 2021.

What will we do differently in the second half of the six-year period? The president’s message in his report does not mean changes, on the contrary, it seems to indicate a continuation of the path. Next year, growth will be around 3%, as long as the epidemic is not complicated and the United States maintains an exceptional performance.

Treasury Secretary Rogelio Ramirez de la O said Mexico is experiencing structural change. “I’m afraid it hasn’t been well-reported on our part,” he continues, as justification in his participation in an event organized by rating agency Moody’s. He announced that they would focus on improving the implementation of public spending and social programs. Announces a third investment package for infrastructure, how long will that take? We need to grow over 3% from 2022 onwards.

Degree in Economics from the University of Guadalajara. He studied MA Journalism at El País, at the Autonomous University of Madrid in 1994, and majored in economic journalism at Columbia University in New York. He was a reporter, business editor, and managing editor of the daily PÚBLICO de Guadalajara, and worked for Siglo 21 and Milenio newspapers.

Majoring in economic and investigative journalism, he has set up professional residencies at Cinco Dias in Madrid and the San Antonio Express News, in San Antonio, Texas.